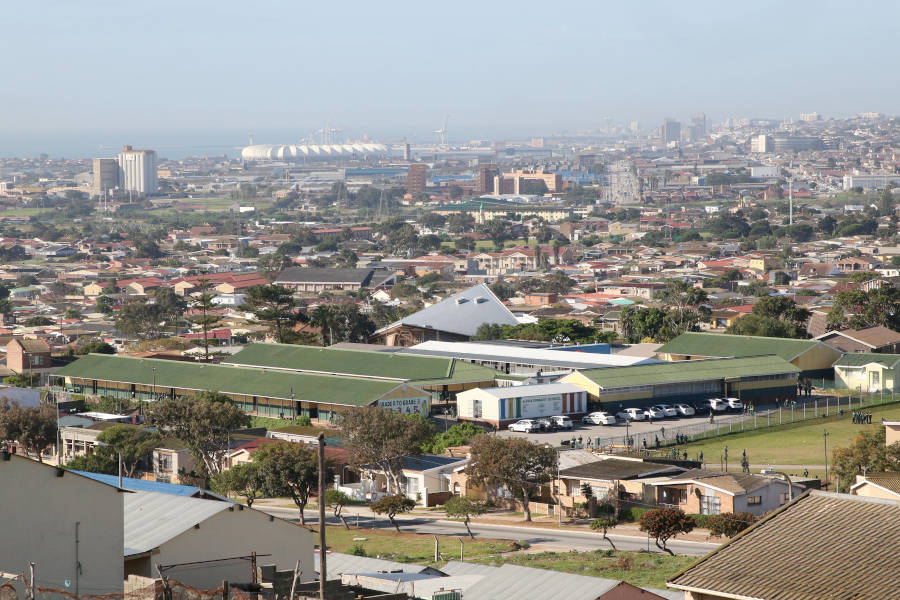 The previous apartheid government established Gelvandale and nearby areas such as Bethelsdorp and Bloemendal for exclusive “coloured” occupation with adjoining Malabar set aside for Indians. Although the laws on racial separation have ended, their legacy continues to be reﬂected in the demographics of the suburb today. 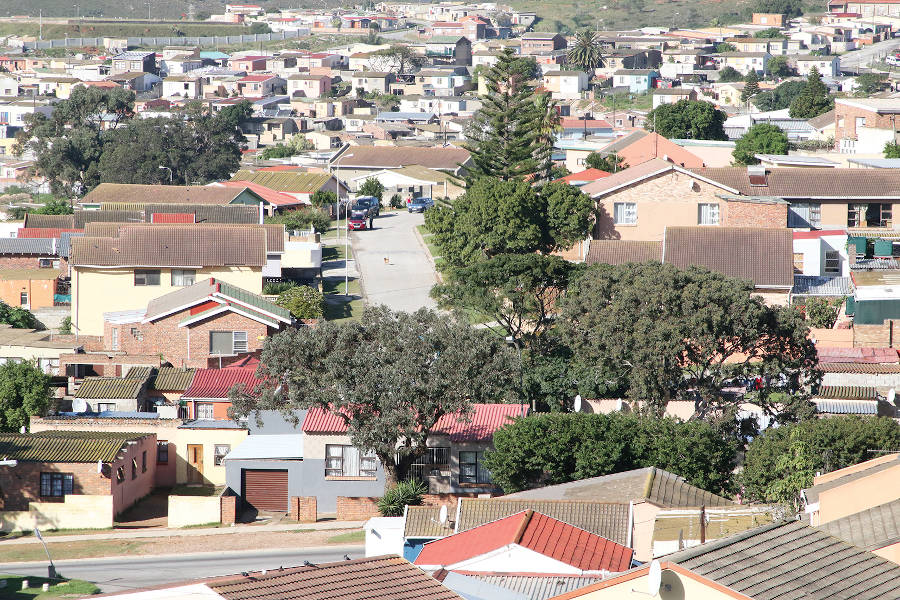 Port Elizabeth triathlete Ameera Campbell, who has lived in Gelvandale all her life, is happy to call it home. She lives in Groenewald Road which has panoramic views over Algoa Bay. “I really enjoy it, we stay at the top and we have a nice view – we can see the boats on the water and once the lights go on at night, it looks so peaceful,” she says.

Gelvandale’s housing stock is predominantly houses, either freestanding or semi-detached, on small plots. Due to the steep slope of the suburb, many homes are split-level.

Certain parts of the northern areas of the city are blighted by drug peddlers and gang violence which at times can spill over from hotspots such as Helenvale into adjoining areas such as Gelvandale.

“They say we live on the top side of ‘gangster town’ and you do hear gunshots from time to time but it’s not as bad as people make it out to be,” says Ameera.

“I run in the mornings and I greet everybody, and I’ve been doing that for years. I think you need to be humble, you must not be arrogant. It’s very neighbourly, we have a Neighbourhood Watch and there’s a group chat, so if something happens, everyone will be on it,” she says.

As an Ironman competitor Ameera swims, cycles and runs. She keeps in shape at Dave’s Gym in Bell Road. “It’s in walking distance for me, just opposite the clinic, and at R150 a month it’s so affordable, it’s a giveaway! I’ve had tons of fun there.” 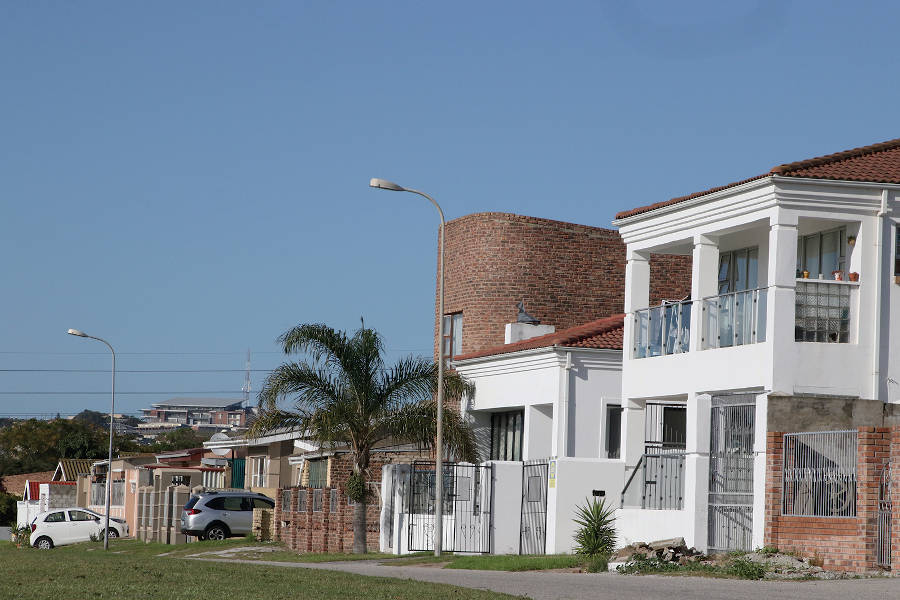 St Martin de Porres Catholic Church is well-known in the city and there are several places of worship which reﬂect the differing faiths of residents. “Our main Taqwa Mosque is in Gelvan Park but there’s also a small community mosque here now, with a madrassa for children to attend after school,” Ameera says. 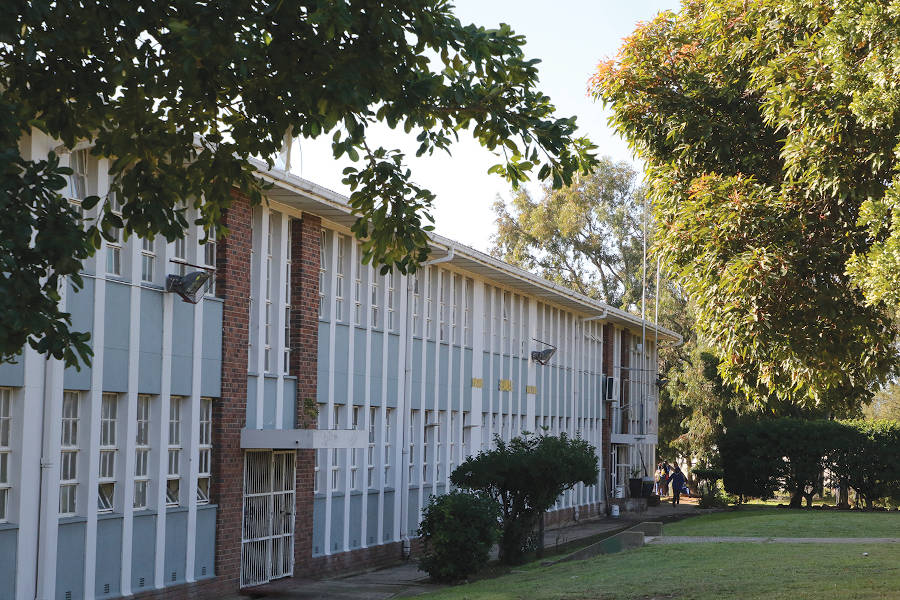 Gelvandale is well resourced for schools, with Chapman High School, Gelvandale High School and St Thomas Senior Secondary School serving its needs. St Thomas is a beacon of arts education in this suburb, with the sprung ﬂoor in its gym one of few in the area to cater to young dancers’ feet.

For younger children, Rufane Donkin, Papenkuil, Alpha and Fontein primary schools serve the many families who live in the suburb.

”Everything in Gelvandale is within walking distance – even my mom’s house in the next suburb – and there are always taxis coming up the hill” AMEERA CAMPBELL, RESIDENT 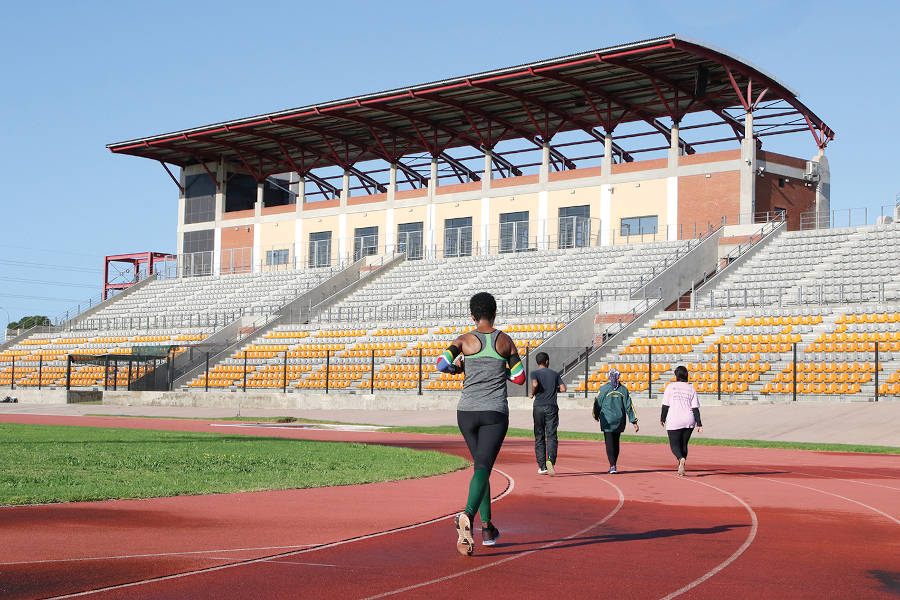