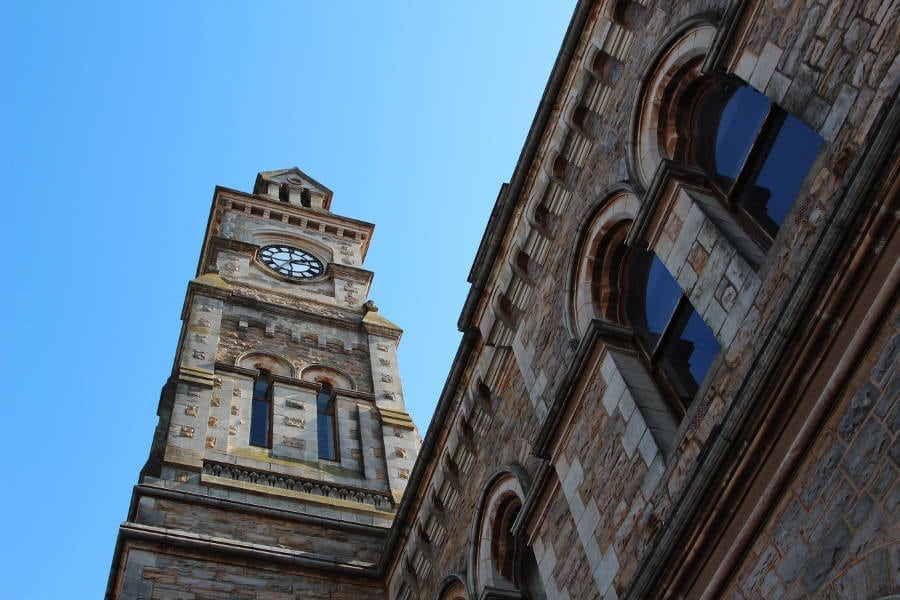 Grahamstown, a small town in the Eastern Cape with a population of about 70,000 people, is situated about 126km from Port Elizabeth. In June and July, the town becomes a meeting point for students, academics, comedians and tourists who flock to the area to enjoy the best of South African talent at the National Arts Festival.

Apart from the festival, people love the slow pace and community spirit of Grahamstown. Orla Quinlan, who moved to Grahamstown from Oxford seven years ago, says a big drawcard to the area is that when shopping you don’t have to stand in long queues, you enjoy leisurely chats with the shop assistants and you connect with residents. She says another plus is the town’s beauty. “The streets are lined with jacaranda trees and the town looks very quaint and pretty.”

Although the town may be small, it offers a wealth of history and interesting facts; for example, it’s home to the head office of one of the oldest banks in South Africa, GBS Mutual Bank. Other little-known facts include that the town has a camera obscura and has one of the oldest newspapers in South Africa, Grocott’s Mail. The Eastern Star Gallery, which houses a restored 120-year-old Wharfedale printing press, can also be found in the town.

Grahamstown is also affectionately known as the City of Saints due to its 60 churches. 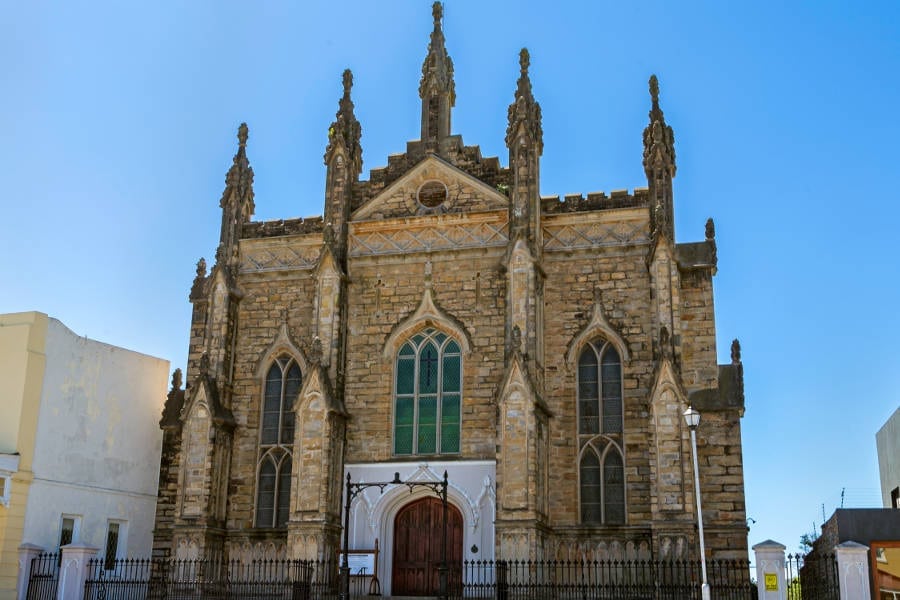 Orla says property in Grahamstown can be quite pricey, which she feels is a growing trend in all university towns. Properties in Grahamstown range from charming cottages to modern upmarket homes on the pedestrian route. Due to its rich historic character, many houses in the town boast beautifully restored Victorian architecture and an understated charm, which attracts many people to the area. The types of homes in the area help to create and maintain a small-town atmosphere. As Grahamstown is home to the well-known Rhodes University, apartments and houses to rent and buy appeal to students and small families looking for affordable accommodation. 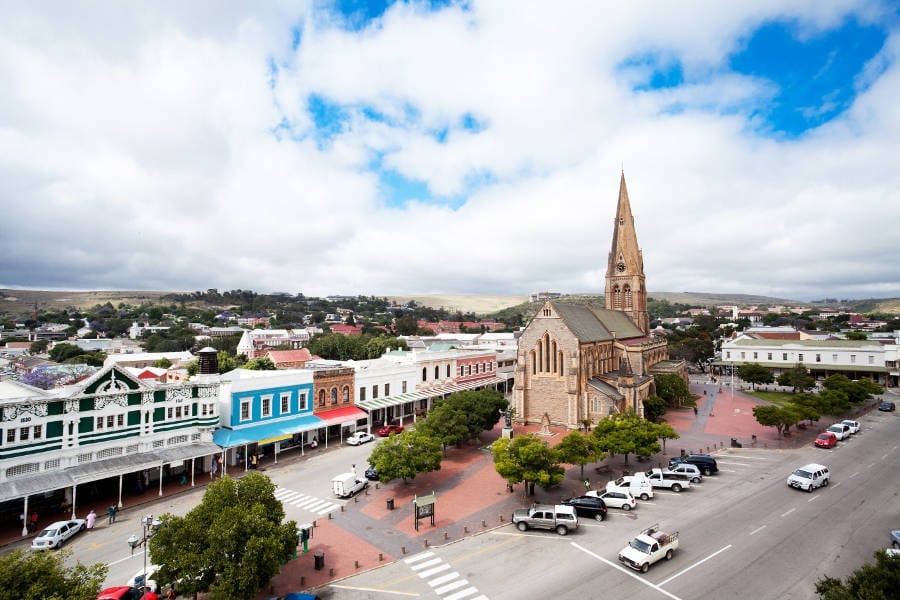 Although Grahamstown doesn’t have a cinema or extensive shopping malls and there is a limited number of entertainment areas, there’s plenty to see and do. “A casino now stands where there used to be a cinema. There are several pubs and clubs, and a selection of good restaurants. However, in spite of the limited ‘ready-made entertainment’, there’s scope to have a very active life in Grahamstown,” says Orla.

During term time, there are public lectures and events happening all the time. “People develop their own interests and hobbies and then create social lives around societies and clubs, with specific interests, be it sport, drama, poetry or knitting. If you’re attached to particular schools or church groups, social life will revolve around those.”

Having work and schools close to homes allows professionals and academics to increase their productivity. “The creative city is full of interesting characters,” Orla says.

On the last Friday of every month, there’s an open invitation to writers and poets in Grahamstown to come to a local cafe to read poetry. “Where else could you potentially find a rapper, followed by a priest, a Wiccan and a self-declared atheist keeping company for an evening as a leisure pursuit, due to their common love of poetry of all genres?” says Orla.

Grahamstown also has an impressive golf course, The Belmont Golf Club, and is surrounded by world-class game reserves, Kwandwe Private Game Reserve, Shamwari, Lalibela, Amakhala and Pumba Private Game Reserve. There are also plenty of options for nature walks, botanical gardens and even the Gunfire Hill, which boasts sweeping views over the city.

Grahamstown is also referred to as the City of Festivals, not only because of the long-running National Arts Festival (this year taking place from 28 June to 8 July) but also because it hosts the popular Scifest Africa and South African Schools’ Festival.

“The close proximity of everything means that Grahamstonians don’t waste time a lot of time commuting. People leave work and by 6pm they have walked home, caught a taxi, done an exercise class, gone for a run, walked the dog or are at home preparing supper. The evening is then free to continue with whatever creative/academic/family effort.” 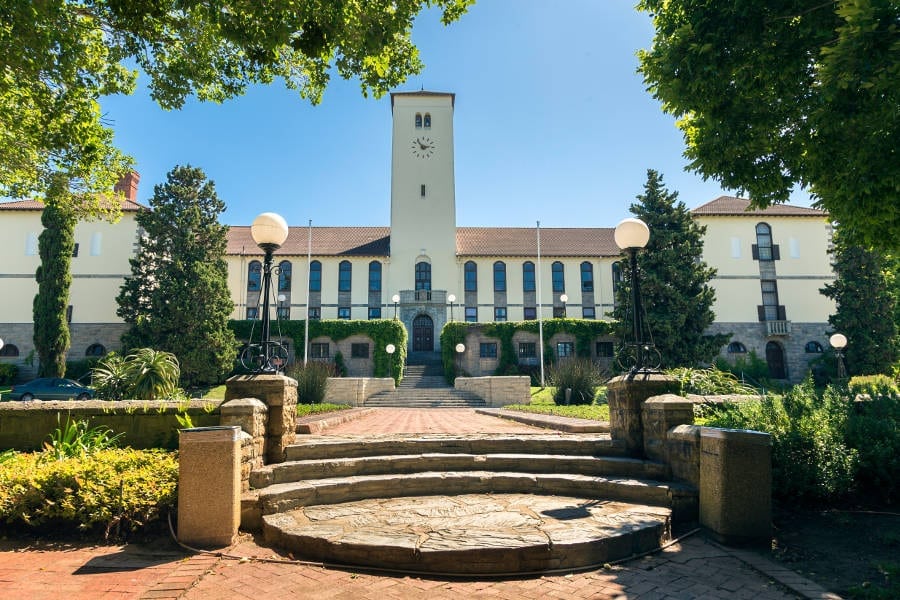 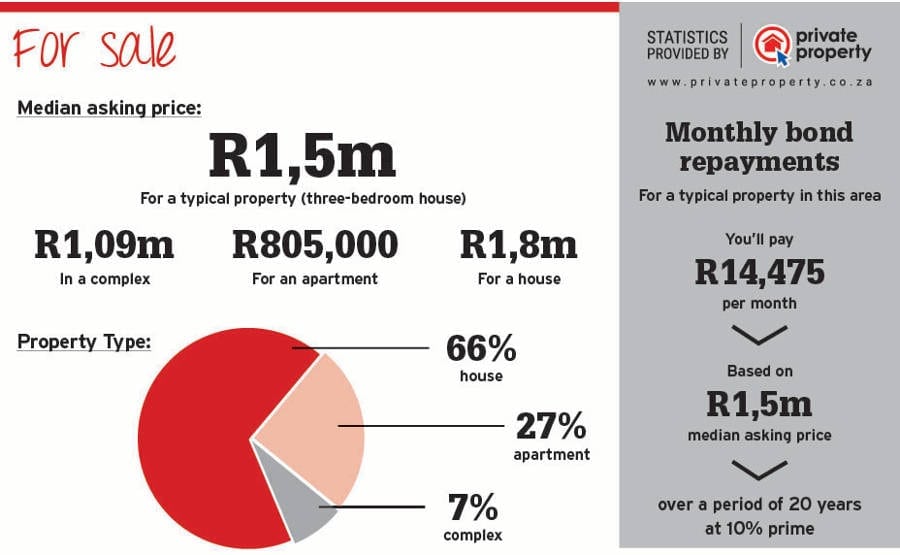