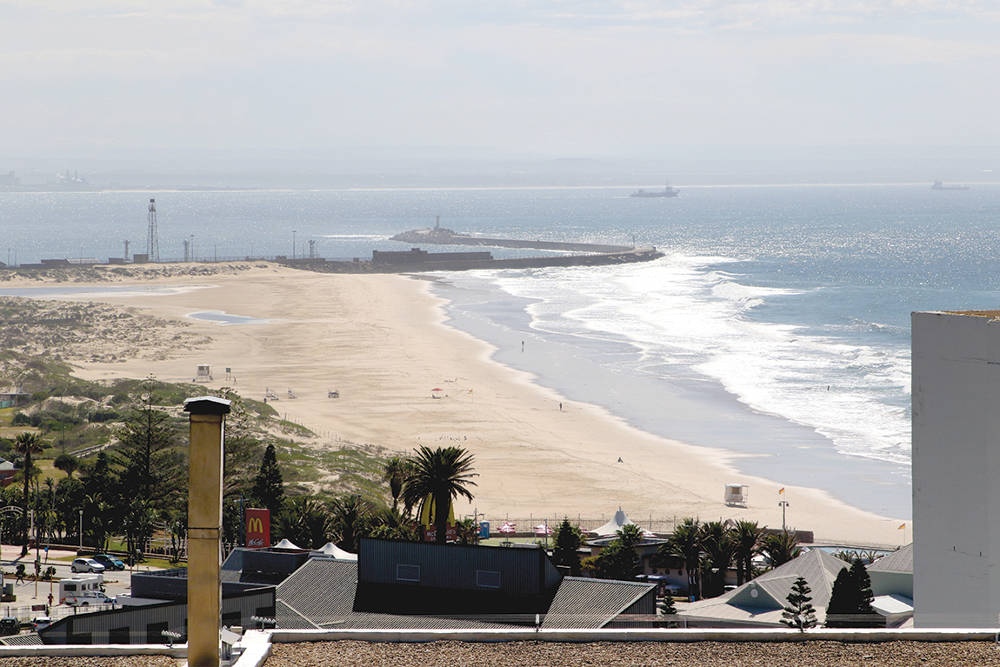 Humewood is a lively beachfront suburb in Nelson Mandela Bay, set on a hill which slopes down to the sea, and where many properties have amazing views over the expansive King’s Beach. It’s also the Holidayville of the metro, with plenty of hotels, BnBs, restaurants and tourist attractions.

Despite its buzz mostly concentrated around a few blocks at the bottom of La Roche Drive, there’s plenty of residential accommodation in this suburb, which is home to a broad mixture of students, young working professionals, families and more.

Apart from living for a few years in Joburg and a spell in the neighbouring suburb of Summerstrand, Bev Gray has spent most of her life here, “including childhood and the seven years in my present house at the top end of the suburb”.

“My parents built their home in Cathcart Road in the early 1960s, when the upper part of Humewood was still relatively new,” says Bev.

“The air is clean and fresh, the suburb is peaceful and safe to walk around, and you see many families cycling, running, walking their dogs, and generally stopping for a chat with a neighbour. I couldn’t imagine living anywhere else.” 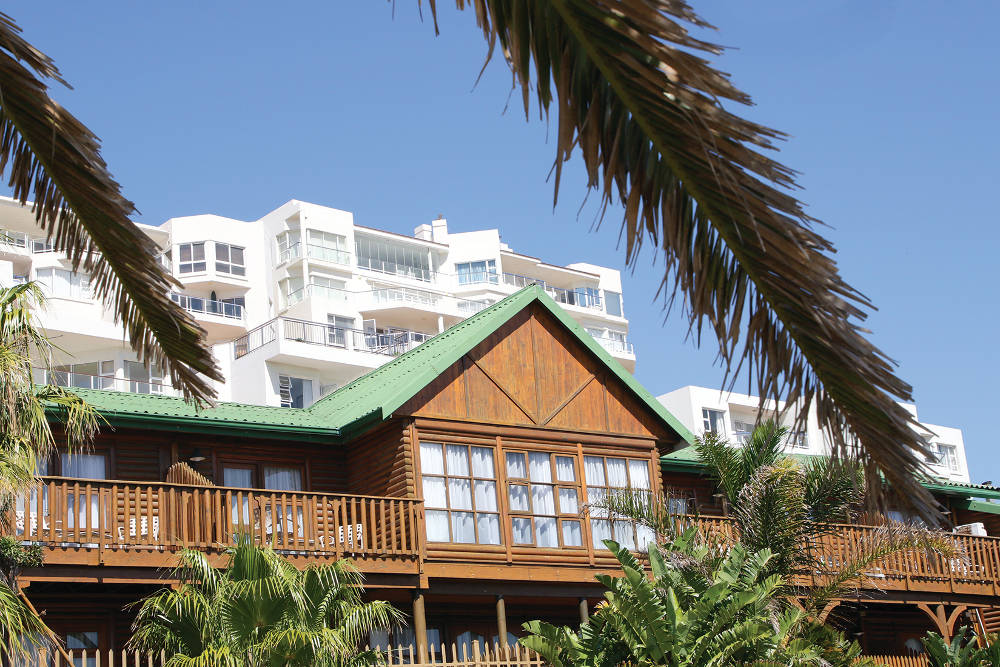 Humewood is a mixture of apartment blocks, townhouse complexes and up-market family homes, with the beachfront promenade almost exclusively devoted to ﬂats.

There’s also a cluster of exclusive apartment blocks in Brooke’s Hill Drive on the south side of the suburb, most of which face north and have panoramic views.

Residents enjoy a dedicated patrol service by an Algoa Bay security ﬁrm and John Shelton Park is a green lung in the heart of what’s already a pretty suburb.

Prospective buyers should bear in mind that Port Elizabeth’s ore dumps – long due to be removed – are still in place and residents at times complain about black dust blown onto windows and washing lines.

Although a relatively small community, Humewood has three churches: De Duin DRC shares a building with Covenant Grace Church at the top of the hill, then there’s Humewood Methodist Church in Marshall Road, and Corpus Christi Catholic Church in La Roche Drive. 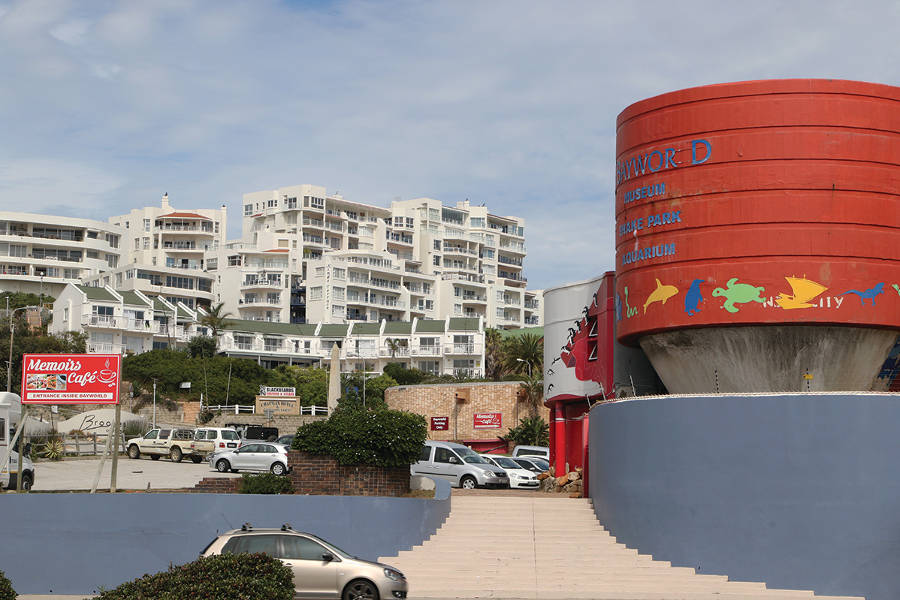 There are no schools in Humewood, so if you have children of school-going age you can expect to have to travel or join a lift club. Summerwood Primary School and Pearson High School are sought-after as dual medium (English and Afrikaans) government schools in Summerstrand. The next closest high school is Victoria Park High School in First Avenue Walmer, and there are also several primary schools in Walmer.

Have a teen in the family? King’s Beach’s large car park is a great spot to teach the teenagers in the family to learn to drive – and the younger ones can enjoy the skateboard section. 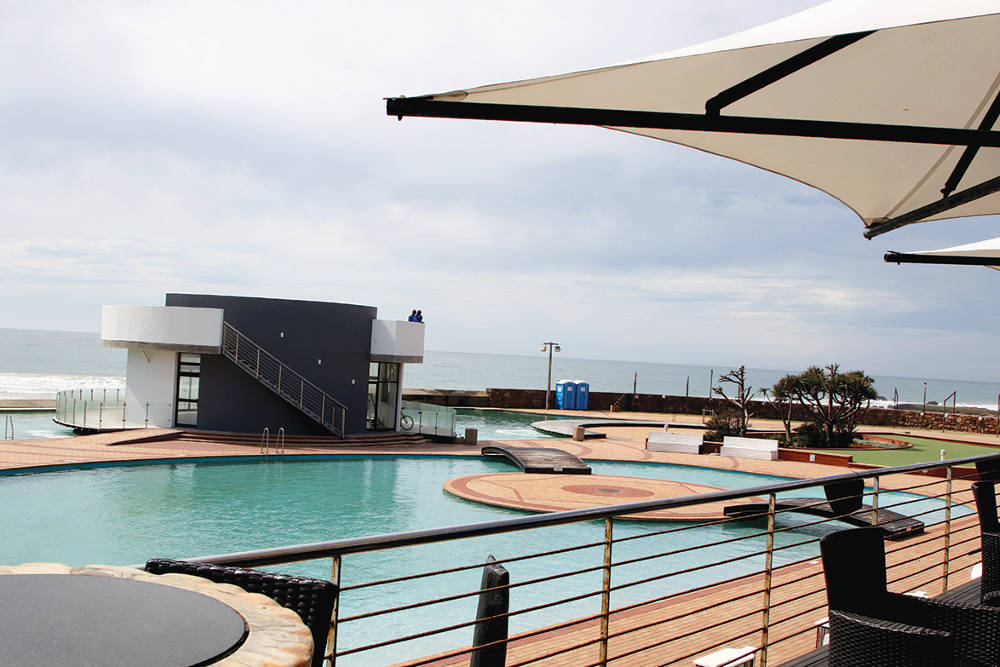 Humewood has easy access to the rest of the city thanks to its proximity to the N2 Settlers Freeway, a major coastal route which joins the N1. In the suburb itself, La Roche Drive heads inland to the airport and connects with suburbs such as Walmer.

While the golden sands of King’s Beach are in themselves a major attraction, there are several other amenities such as the Macarthur Baths and Bayworld complex to draw visitors and locals.

“The best thing about living in Humewood is that one can walk down the hill and be on any one of our beautiful beaches in a matter of minutes, and all are safe for swimming” BEV GRAY, RESIDENT 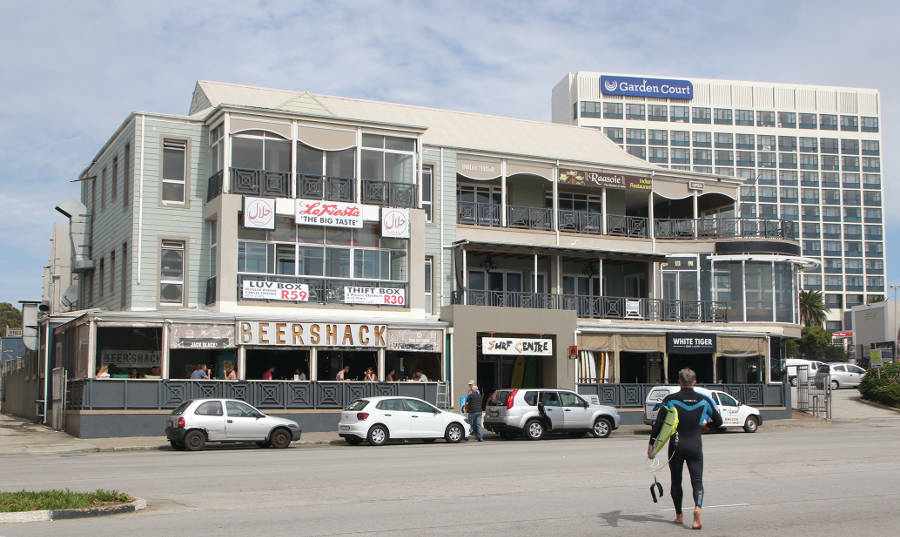