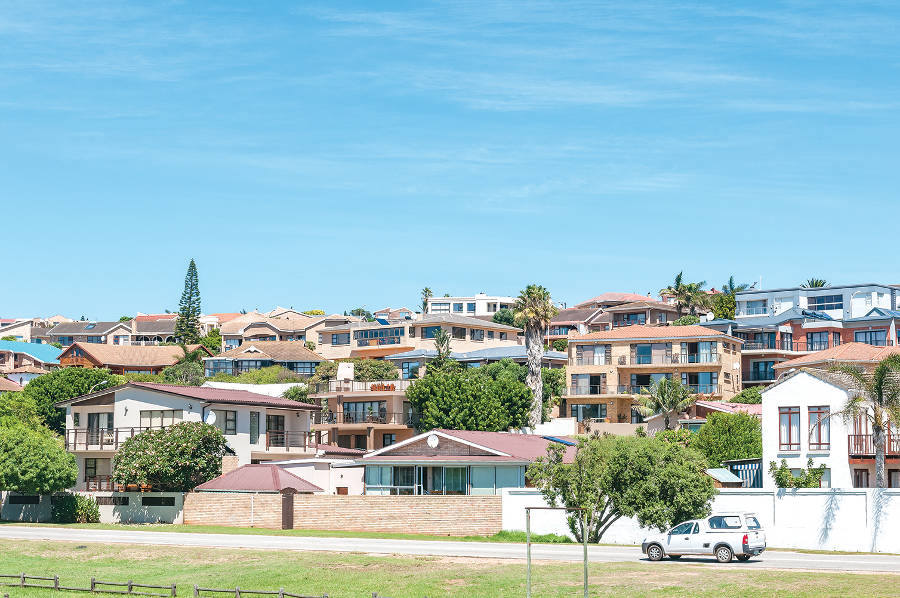 Jeffreys Bay is named after a captain Jeffreys who sailed his cargo ship along the east coast of South Africa on trading expeditions in the 1840s. During one of these trips scurvy broke out aboard his ship and he was forced to land on what is the main beach today. He went on to build a primitive port and also erected the ﬁrst western house in 1850.
Over the years Jeffreys Bay has morphed from quiet holiday town to one that’s still laidback, but bustling with tourism, commercial and other offerings.

It has numerous suburbs and is as appealing to holidaymakers in season as it is to permanent residents year round. Although a family-friendly place, resident Steven Jeggels says the town offers a wider range of entertainment for adults than it does for kids. He has been living in Jeffreys Bay for more than 35 years, having moved with his father and family when he was in Grade 1 in the early 1980s.

Jeffreys Bay suburbs boast a combination of free-standing homes and townhouses. Steven says property prices have risen tremendously in comparison to when he and his family ﬁrst arrived in the town from Port Elizabeth. “When we moved here, my father bought a vacant stand. About 20 years ago you would ﬁnd the same vacant stand for about R40,000, but now the cost would be about R160,000.”

He says three-bedroom houses typically now sell for R900,000 to R1m. Larger homes in Wavecrest, one of J’Bay’s more sought-after suburbs, can sell for R2m. Property prices do vary depending on the suburb and surrounding infrastructure. “Many people who own vacant stands near the Fountains Mall are now reselling them for a higher price of about R180,000 to more than R200,000,” Steven says. 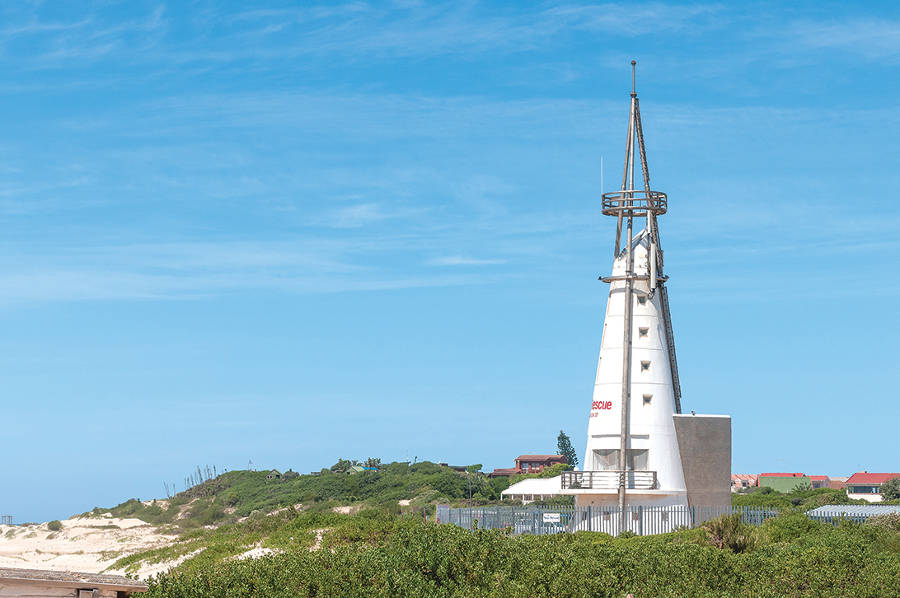 Most children from Steven’s community attend Pellsrus Primary School. The 50-year-old school is deemed one of the more affordable primary schools in Jeffreys Bay. Jeffreys Bay Primary is largely populated by children from the Wavecrest area. Along with Pellsrus Primary, Makukhanye Primary School is one of the older schools, having been actively educating community children for about 40 years.

The newer King’s College is a popular choice for children from Ocean View and surroundings. Jeffreys Bay Comprehensive High School accommodates learners who progress from Grade 7 at the town’s primary schools. The Global Leadership Academy, Jeffreys Bay’s independent high school in the Fountains Estate, opened in 2010. The town has several other educational institutions as well.

Jeffreys Bay is globally known for its perfect waves. Surﬁng is therefore always an option and those who are most passionate about the sport ﬂock here all year round. An international surﬁng competition is held every year. The town hosts the Jeffreys Bay Winterfest every July, when surﬁng and scores of other activities attract visitors from around the globe. Fishing and beach walks are almost second nature to many of the town’s residents, says Steven, who coaches at the Jeffreys Bay Surf Club.

Two new annual festivals, the JBay Makiti to be held in September, and the Jeffreys Bay Beach Carnival held in April, are recent additions to the town’s calendar.

Visitors enjoy popping in at the Shell Museum in Da Gama Street to view a fascinating collection of different types of sea shells in glass cabinets. The Jeffreys Bay Surf Museum is a surfer’s haven, where visitors can pore over archives and historical material about the history of the sport.

“There’s plenty of entertainment for adults in Jeffreys Bay, however, families often drive to Port Elizabeth for kiddies’ entertainment,” Steven says. That’s apart from the beaches, of course, which are always well used by families when the weather is favourable. The Jeffreys Bay Water Park, also known as Dolphin Beach Entertainment, is a popular outdoor fun park with a waterslide, a snack shack and an 18-hole mini golf course, providing fun for the whole family. The Wacky Waterpark is another family destination offering activities like a swimming pool, watersports, jumping castles, paintball, trampoline and more.

Jeffreys Bay is famously home to the Billabong factory shop in Da Gama Road, where residents and visitors shop for surﬁng wear and equipment. Because of the popularity of the town’s beaches, you’ll ﬁnd several other shops such as Surfer Girl and Country Feeling also selling beach merchandise.

Shop for gifts, crafts and fresh produce while enjoying entertainment at the Milkwood Market near Fountains Mall on Saturdays.

The town homes a number of pubs and restaurants, especially seafood establishments, where the public can relax and watch sport over a drink.

For other outdoor activities, join the Jeffreys Bay Parkrun from 8am to 12pm every Saturday at Global Leadership Academy. Sandboarding, birdwatching, horse riding and boat cruises are other fun outdoor pursuits if surﬁng is not your thing.

Jeffreys Bay is a wonderful destination for tourists – especially surfers. Ask any surfer and they’ll tell you it’s the place to go. STEVEN JEGGELS, RESIDENT