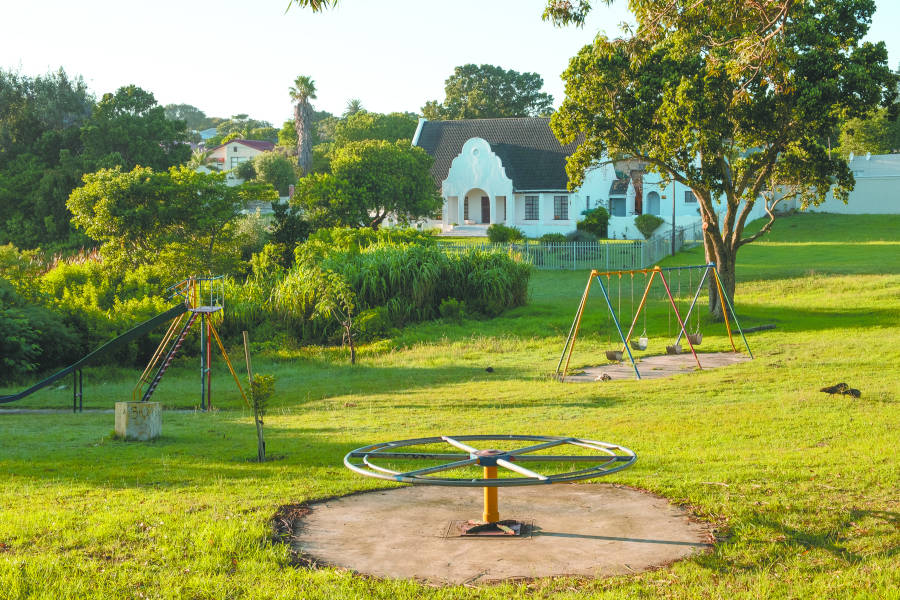 The suburb is characterised by family homes, and a typical weekend will see lots of activity, whether people walking their dogs, kids playing in the street or families braaiing at home. Mount Pleasant is only 10 to 15 minutes from Schoenmakerskop and Sardinia Bay, two of PE’s most popular coastal areas. 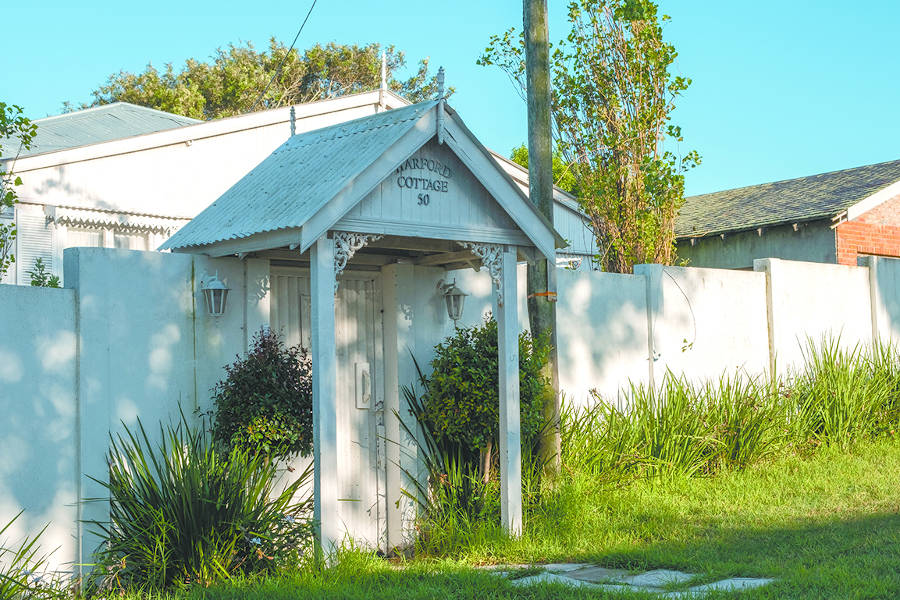 Gabby Howse and her husband, Matthijs Ravensberg, bought in Athlone Street in 2011. Their erf is 991m2 – a typical size for this suburb. “We have a three-bedroom house with double garage, original wooden floors, two bathrooms, a patio/braai area, and a flatlet with separate entrance, Gabby says.

The couple live with their twin boys who adore the large garden which Gabby and Matthijs, both vets, have worked hard to keep indigenous and water wise, including installing 7,000-litre water tanks.

“I think our house was built in the 1950s and we were told by a previous owner who’d grown up here that it was the third brick house built in the area. The original houses were all corrugated iron and some are still standing today. This was when Mount Pleasant was on the outskirts of PE,” Gabby says. 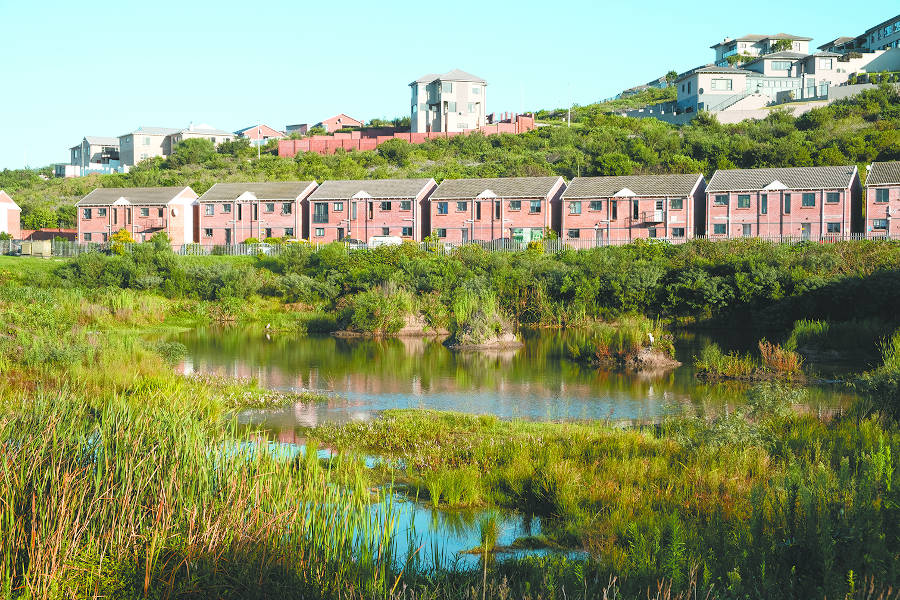 Gabby and Matthijs are keen birdwatchers and enjoy Humble Ways at the top of neighbouring suburb Lovemore Heights, for walking and birding. Seaview Road is favoured for running and cycling, especially by those training for Ironman, and the Sardinia Bay Golf Club is also close by. “There are many younger families who’ve bought and renovated houses in the last few years, as well as quite a few pensioners,” Gabby says.

“We like the fact that there are many families with children who live here. People are out and about – not locked up behind high walls. We have an active community on Telegram for security who are in regular contact with the local alarm companies.”

The Gladys Road Park has swings, a jungle gym and merry-go-round. The park at the bottom of Athlone Street, originally known as Kelly’s Vlei, has a pond, slide and swings. There’s also a dam at the bottom of Boundary Lane which is popular with birders like Gabby and Matthijs for its abundance of water birds – you might even spot a fish eagle. 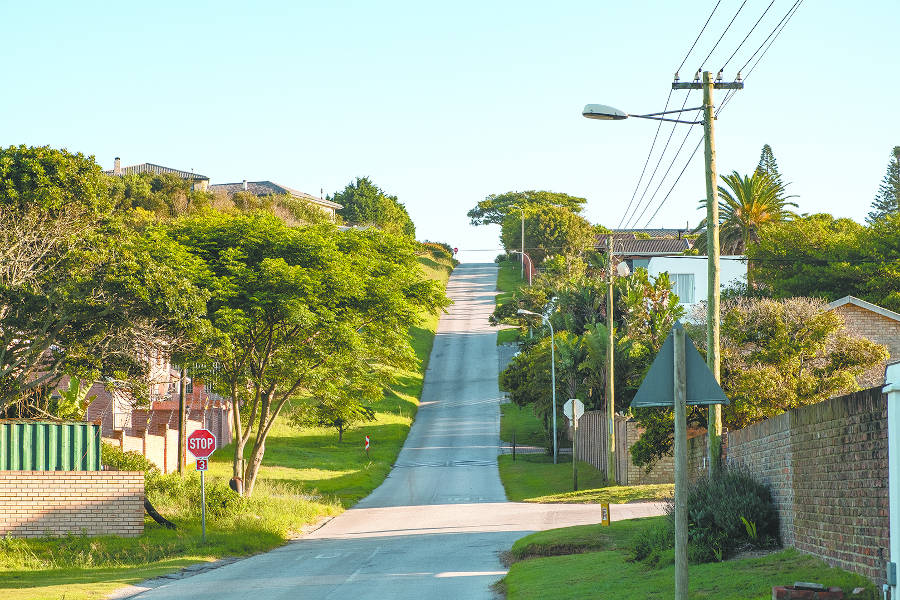 Mount Pleasant has numerous centres including the one where old-school corner cafe Tasos is still situated. The suburb is also home to some of the general dealer-type stores harking back to the early years, such as H Waison and the Dales Mini Market on Buffelsfontein Road.

Newer centres have been built in recent years, including Emerald Square, the Salisbury Centre, and, further along Buffelsfontein Road, Access Retail Park and Kings Court. The Grass Roof in nearby Lovemore Park has excellent fresh produce.

There’s a Woolworths and a Super Spar in Buffelsfontein Road, as well as a Prestons and Builders Warehouse. 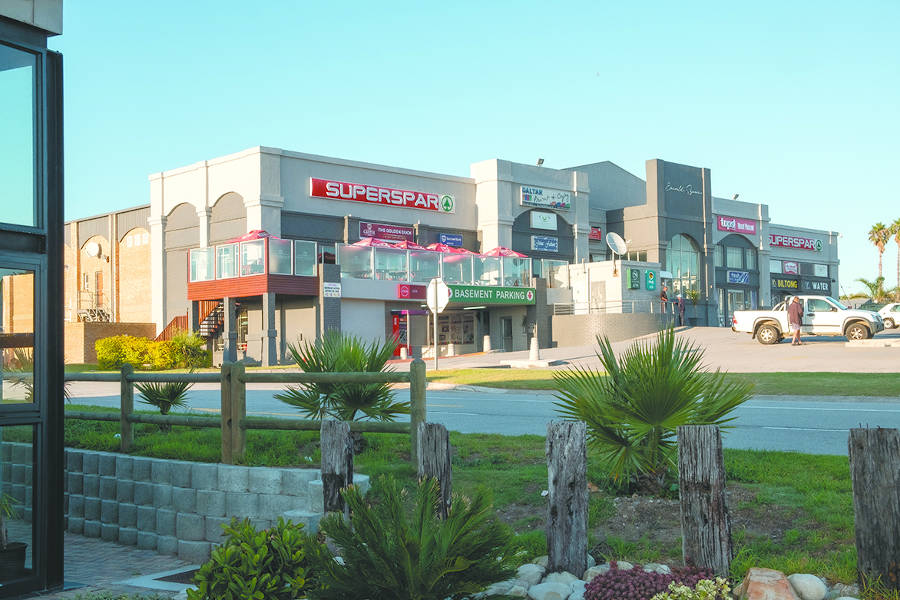 Mount Pleasant doesn’t feel like it’s in the city and yet it’s less than two minutes’ drive to shopping centres and restaurants, and five minutes to the medical centre, Builders Warehouse and the beach GABBY HOWSE, RESIDENT 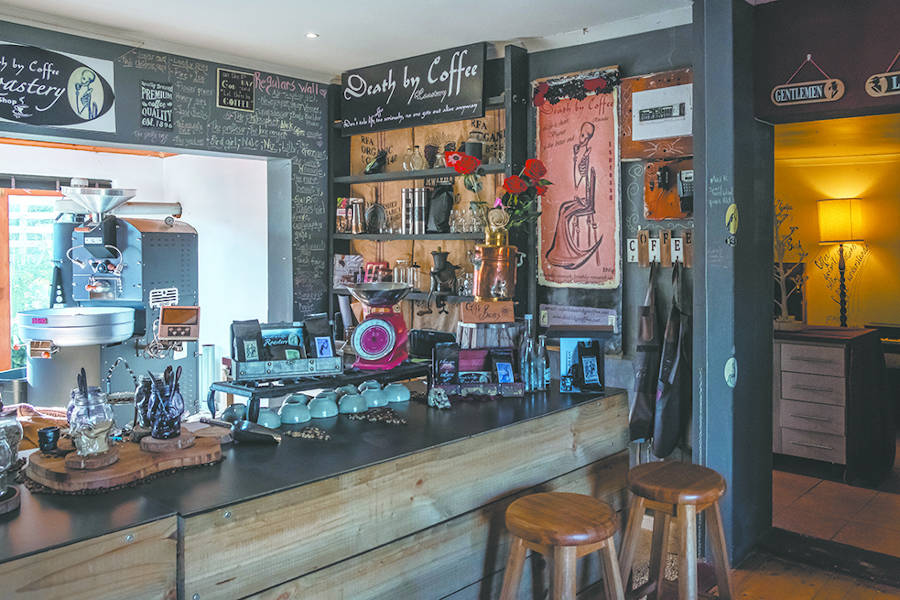 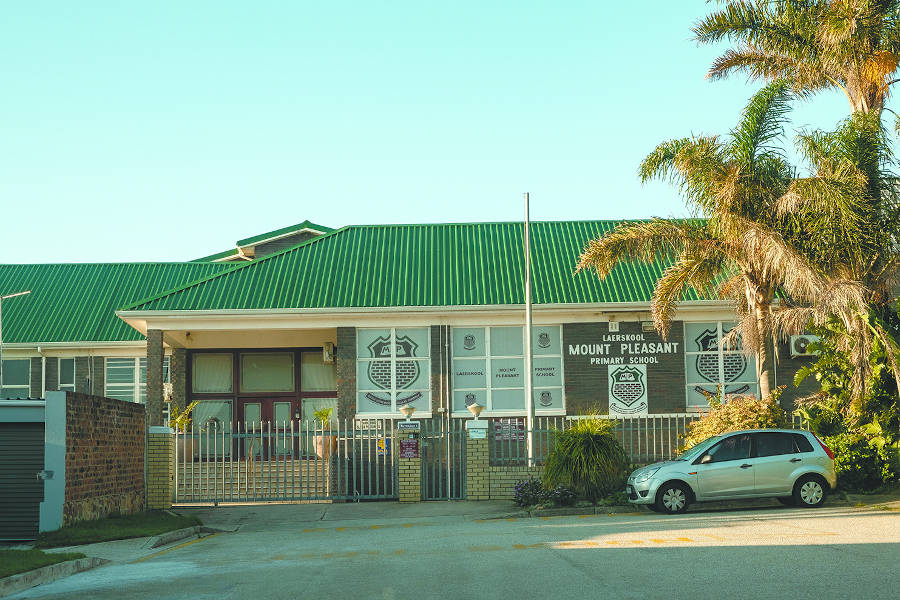 Werner Marx is the dynamo behind Raak’s Mount Pleasant eatery. The original Raak Koffiewinkel in Newton Park, which was started by his sister and brother-in-law, Annette and Wehrner Lemmer, is also still going strong.

Referred to by many as “Raak 2”, the Mount Pleasant branch opened in June 2018 after Werner returned from working in Japan. “Owing to the popularity of Raak in Newton Park, which operates during business hours only, we decided to open Raak in Mount Pleasant as a restaurant that would also trade at night,” Werner says.

Raak has a quirky, fun interior – what Werner calls “a marriage of yesteryear and contemporary design trends”. It’s a contemporary, laid-back spot to relax and unwind in – “even if you’re doing business here”, he adds.

Raak is in the relatively new Salisbury Centre on Buffelsfontein Road, just before Mount Pleasant Super Spar. “A big change since first opening is that we now also have live music in a dinner-and-show format featuring popular South African musicians,” Werner says. “Our clients are young and old, as well as businesspeople and those seeking to celebrate a special occasion.” 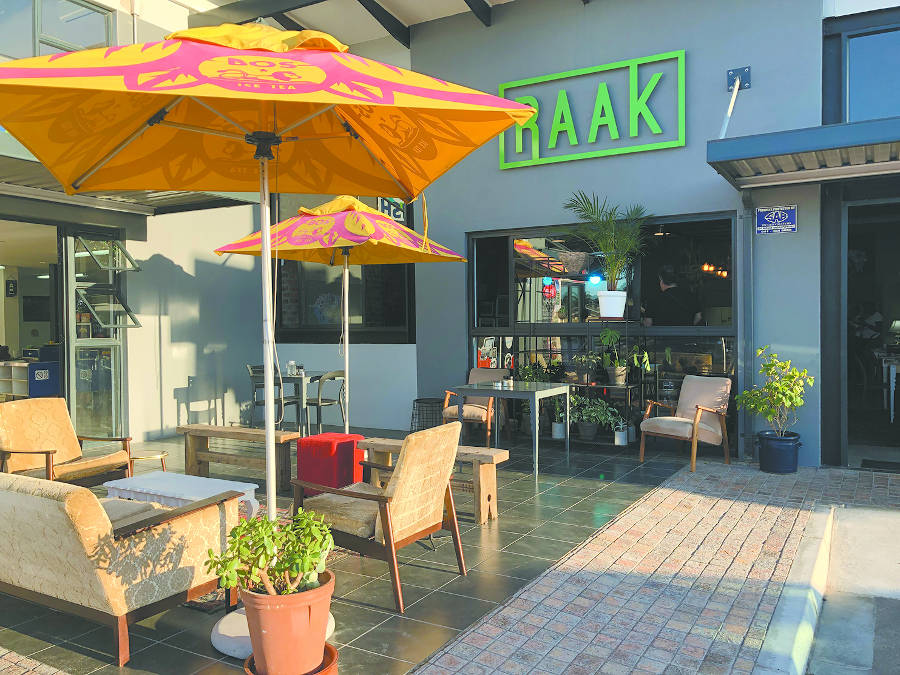