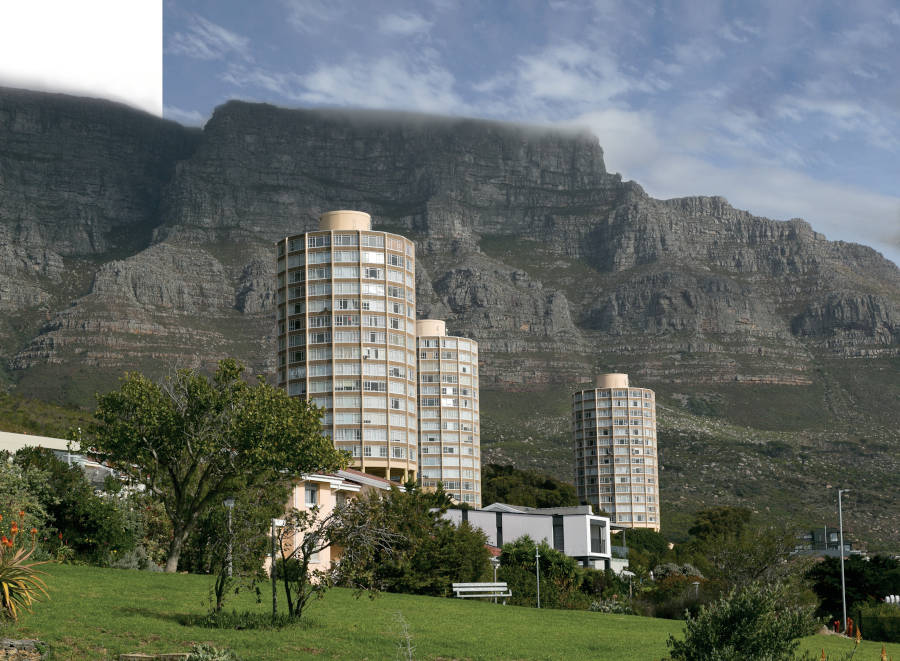 Vredehoek has long been the City Bowl’s most affordable residential neighbourhood, attracting a vibrant mix of young professionals, students, young families, and older residents who’ve called it home for many years.

They love the stunning backdrop of Table Mountain, fabulous views over the city and harbour, and the convenience of being so close to the CBD. “Vredehoek is incredibly central, so we love walking everywhere – to the Company’s Garden, East City, and Kloof Street,” says resident Joanne Grace.

It’s very much a residential neighbourhood. “Even though you’re so close to the hustle and bustle of the city, it still has that peaceful suburban feel,” says Janine Laubscher. “People help one another out. We have a well-run Vredehoek Community Facebook page and an active neighbourhood watch, so you really feel the sense of community, security and help when needed.”

Several small parks and play areas add a breath of green, Deer Park at the top of the suburb a favourite for dog walking and running, with trails leading up onto the mountain slopes.

Rugley Road Park is a community success story, The Friends of the park having worked with City Parks to improve the facilities. “It makes me so happy to see how busy the park is now,” says Joanne. “It’s the go-to venue for children’s birthday parties in the area.” The park is also the home of the third urban organic vegetable garden for Streetscapes, a project which give homeless people a chance to learn skills, work and restart their lives.

The wind is a wild card that residents have learned to live with. “The notorious Cape Doctor is a force to be reckoned with in spring and summer, but it clears the pollution and cools things down,” says Joanne. “All is forgiven the moment it stops and you look up at the incredible mountain and feel like you can almost touch it.” 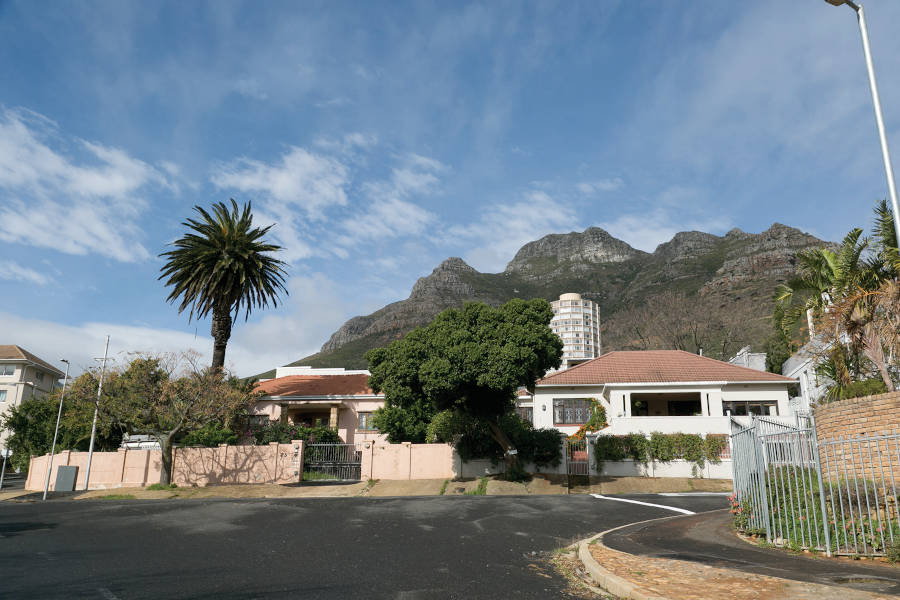 Art deco apartment blocks are a distinctive feature of Vredehoek architecture – an active Heritage Action Group works for their preservation, the art deco inﬂuence being so much part of the character of the area. Then there are family homes from various 20th century architectural periods, tending to have smaller gardens than neighbouring City Bowl suburbs, and a sprinkling of Victorian and Edwardian cottages. A number of new apartment buildings have been developed over recent years as Vredehoek becomes trendier, and urban densiﬁcation spreads outward from the CBD. 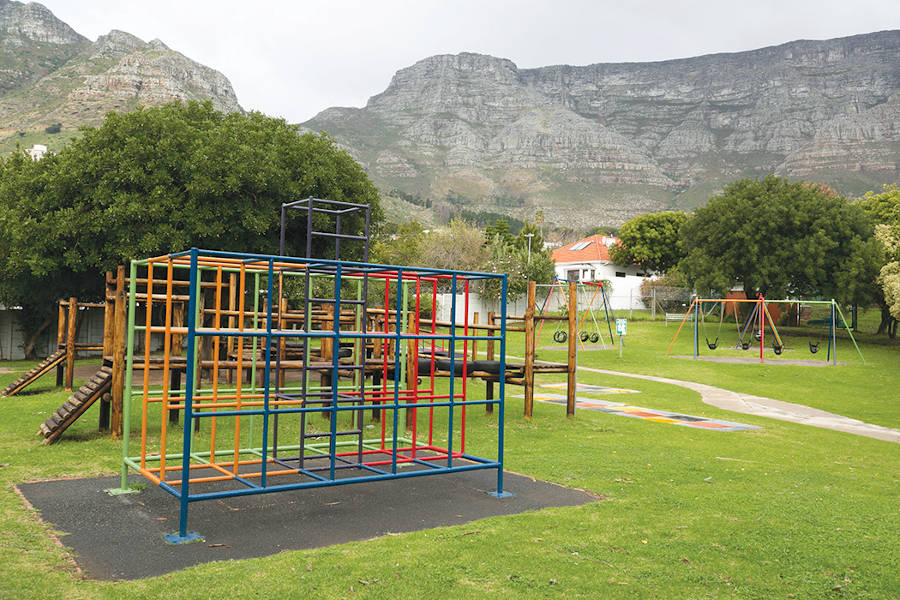 All the best-known City Bowl schools are easily accessible – Herzlia in Vredehoek itself, St Cyprians and Jan van Riebeeck close by, and The German International School in Tamboerskloof. Several preschool options include Disa Park PrePrimary, and Stepping Stones Montessori next to Oranjezicht City Farm. And it’s a straightforward drive against the traffic along Philip Kgosana Drive to UCT and the Southern Suburbs’ schools. 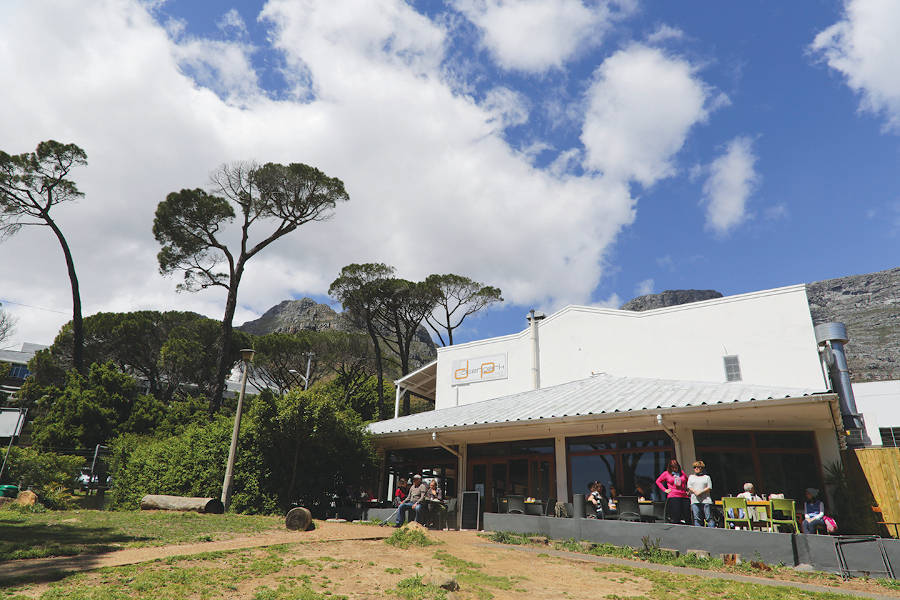 Derry Street is the social hotspot of Vredehoek where a cluster of neighbourhood restaurants and cafes are favourite hangouts for everything from breakfast and remote working over coffee, to drinks after work and meeting up with friends. The Vredehoek Public Library is here, as is the local Spar, which saves a trip down to the Gardens Centre – although that’s no hardship with a good choice of specialist food shops as well as a Pick n Pay and Woolworths Food.

And there’s plenty of social interaction just out and about. “We love to go for walks through the neighbourhood after work,” says Janine. “People are out on the streets walking their dogs, cycling, etc. Vredehoek has many hills so you get your inclines in as well.” Another hub is the Deer Park Café and adjoining small park, a go-to spot for families with kids after school. At weekends the mountain is right there on the doorstep for longer hikes, mountain-biking and trail running. And a quick drive or My CiTi bus trip takes you to the beaches at Camps Bay and Clifton, to the V&A Waterfront, or into the heart of the CBD to catch up with the urban buzz.

“I love the sense of community, the active neighbourhood watch, the art deco blocks, the views, the neighbourhood restaurants and Spar shop (the best!). The neighbourhood is full of young professionals and families which creates a certain vibe and sets a ‘familiar’ tone.” JANINE LAUBSCHER, RESIDENT 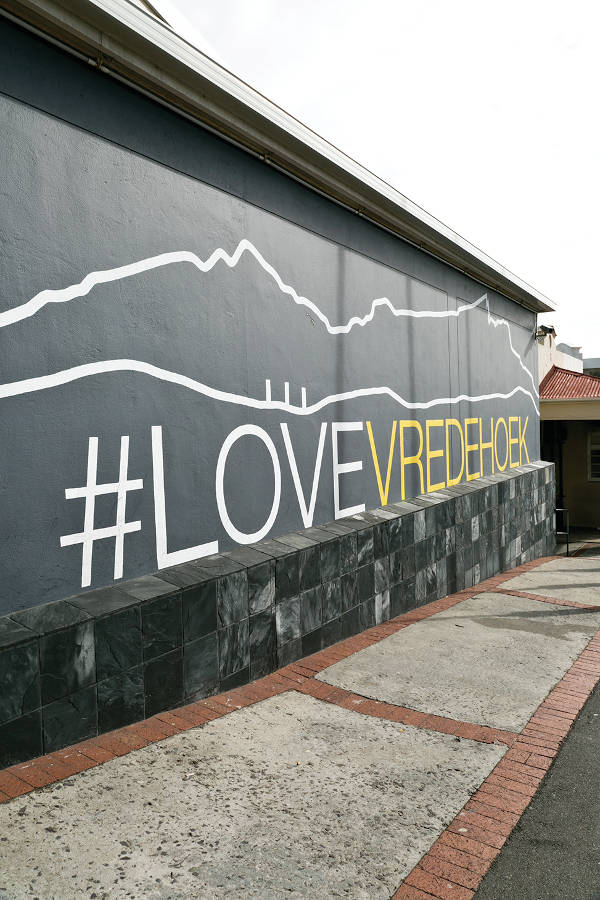