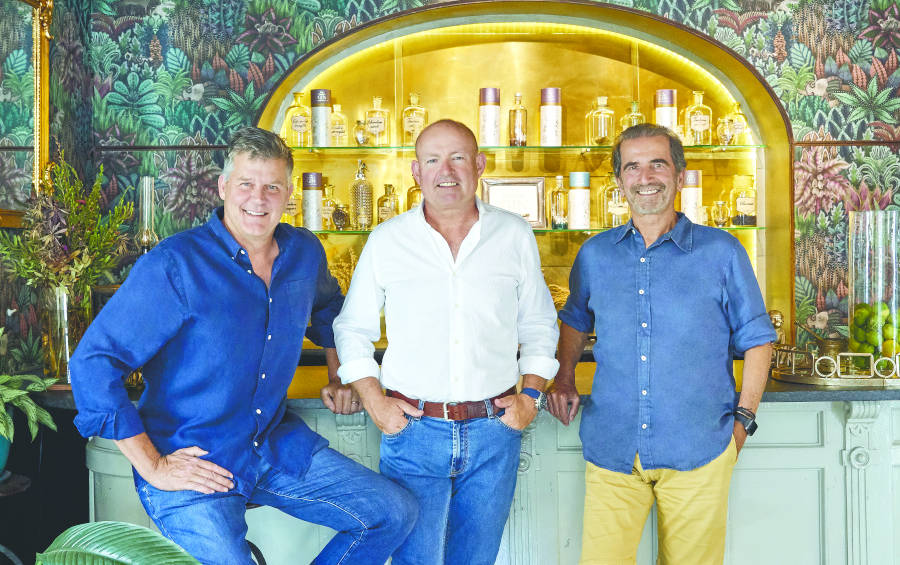 The craft gin scene has exploded over the past five years, with artisan and commercial distilleries creating bespoke gins infused with everything from indigenous fynbos to Kalahari truffles. And while there has been a slow uptick in the number and variety of tonic water mixers to match – with Fitch & Leedes perhaps the poster-child for widely available craft tonic – a trio of local businessmen reckon the market for premium tonic water remains ripe for disruption.

“Tonic water is a fairly simple product, consisting largely of carbonated water, sugar and a bittering agent, most often quinine,” explains Ken Kinsey-Quick, one of the co-founders of Gentian Tonic. “But when we started doing our research we discovered gentian root, and we knew that it was just the right ingredient to set our tonic apart from the competition.”

Ken is an investment fund manager and entrepreneur based in the winelands. A passionate foodie when he’s not managing funds, he’s dreaming up new businesses, such as the popular Banhoek Chilli Oil that has become a staple product on the shelves of good delicatessens everywhere. Gentian Tonic was born when he and two friends – advertising guru Reg Lascaris and Rowan Smith, former managing director of Shanduka Resources – came up with the idea of catering for the growing global thirst for premium tonics, but with the twist of gentian root.

Gentian root grows naturally in alpine environs across Asia, Europe and the Americas. It has been used as a medicinal herb for thousands of years, largely thanks to its digestive properties, and has long been a key ingredient in popular brands such as Aperol, Underberg and Angostura bitters.

But what do a fund manager, ad man and businessman know about creating drinks? They knew how to find the right skills, so with the concept in place they turned to Oisin Davis, founder of Poacher’s Premium Irish Mixers, to create just the right flavour profile for Gentian. Working with a flavour house in London, Oisin crafted a handful of test batches and shipped them to South Africa. 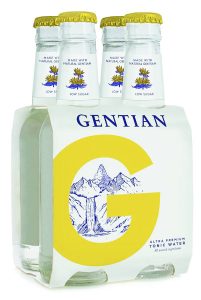 “We blind-tasted each of them and luckily all three of us were unanimous which one was best,” says Ken. Key to the flavour profile is the lack of sweetness, with Gentian crafted as a low-sugar product from the start. “People want low sugar, but they don’t want to compromise on flavour, and Gentian definitely delivers.”

“Gentian Tonic tastes great on its own over ice, but it’s also the perfect mixer to enjoy with the wonderful craft gins we have here in the Cape,” says Ken. “Ask for a gin-and-Gentian. Or, as we like to call it, a ‘G&G’!”

While production hurdles have slightly delayed the launch of Gentian in the local market, Gentian will finally hit local shelves next month, and the trio have big plans for the brand. After launching in the Western Cape and Gauteng, the trio are aiming for a share of the global market. Their inspiration? The British brand Fever Tree, which had annual sales north of R4bn in 2019.

“This isn’t a boutique garagiste product that we’ll grow slowly; we’re aiming big,” says Ken. “What we’re really trying to do with this brand is to take it international. We’re experimenting here in South Africa with the formula, production and marketing, and when we get it right, we’ll start scaling this up internationally.” 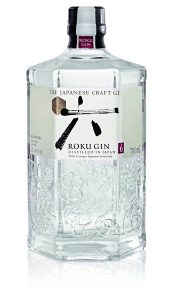 Fancy a G&G? Try it with Roku

Roku Gin launched in South Africa in 2019, and offers a unique flavour profile thanks to the use of traditional Japanese botanicals. Roku means “six” in Japanese, and alongside the expected flavour notes of juniper, coriander and angelica root, you’ll find Sakura flower, Sakura leaf, Yuzu peel, Sencha tea, Gyokuro tea and Sansho pepper. It’s easy to spot on the shelf too, with a six-sided glass bottle etched with the Japanese botanicals (R299 from retailers).