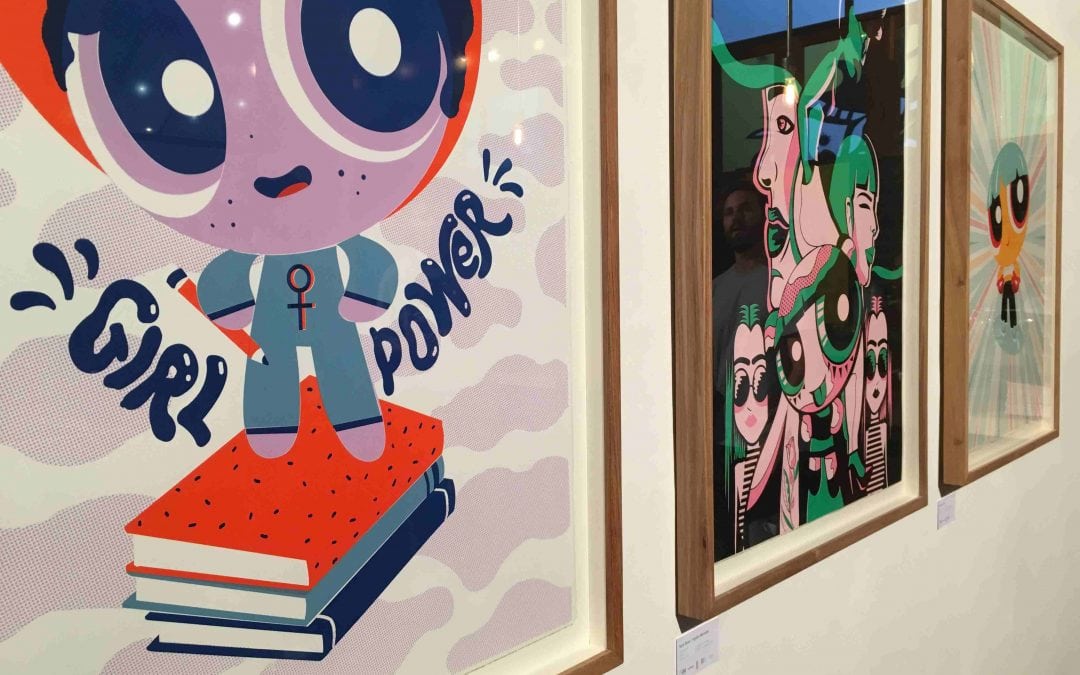 I remember watching Cartoon Network in 1998 and seeing the first promos for The Powerpuff Girls. It was the beginning of an obsession that lasted many years. I loved the action, the adventure and the excitement, and that they were girls. The distinct personalities of Blossom, Bubbles and Buttercup, their strength and unique self-assuredness struck a chord with audiences around the world. 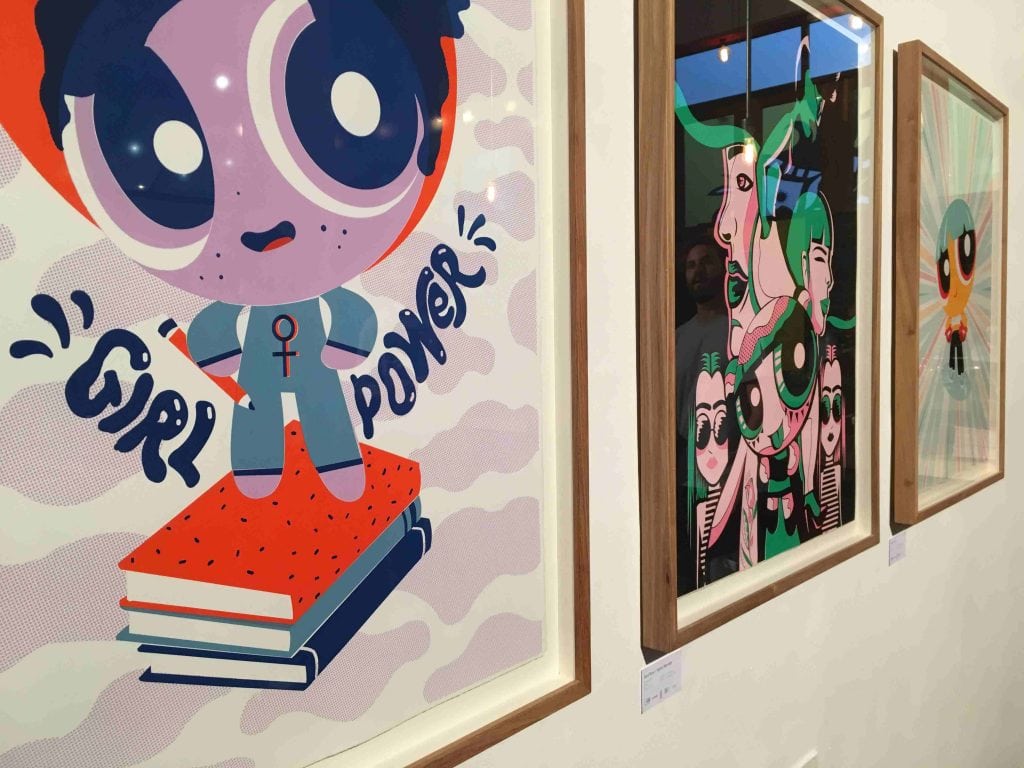 A partnership between Cartoon Network and the successful free cultural experience, First Thursdays Cape Town, the PPG Art Factory is an innovative and entertaining local art exhibition which celebrates the best aspects of The Powerpuff Girls – creativity, empowerment, expression and fun. Not only does this art exhibition support and provide a platform for promising local artists, it also gives back to the community through Rock Girl South Africa: an organisation that centres on girl-initiated and girl-focused projects to help reduce violence against women and girls through the creation of safe spaces. Also on show at the exhibition is the Powerpuff Girl Safe Space bench, which is a symbolic safe space. Rock Girl has created many of these and they can be found around Cape Town and across the country.

The PPG Art Factory launched on April 6 and will run until 2 May at 91 Loop in Cape Town. The exhibition consists of 10 unique Powerpuff Girls screen-prints. The local artists and illustrators were asked to express their own unique identity and culture by reimagining the pop culture icons. Exhibiting artists include Thandiwe Tshabalala, Ello Xray Eyez, Qondile Dlamini, Jade Klara, Tyla Mason, Ndumiso Nyoni, Karabo Poppy Moletsane, Anja “Nanna” Venter, Saint Rose (Kgabo Mametja) and Jeanne Fourie. There will be 10 screen prints of each design available for purchase; half the proceeds will go to the artists and the other half will go to Rock Girl South Africa. 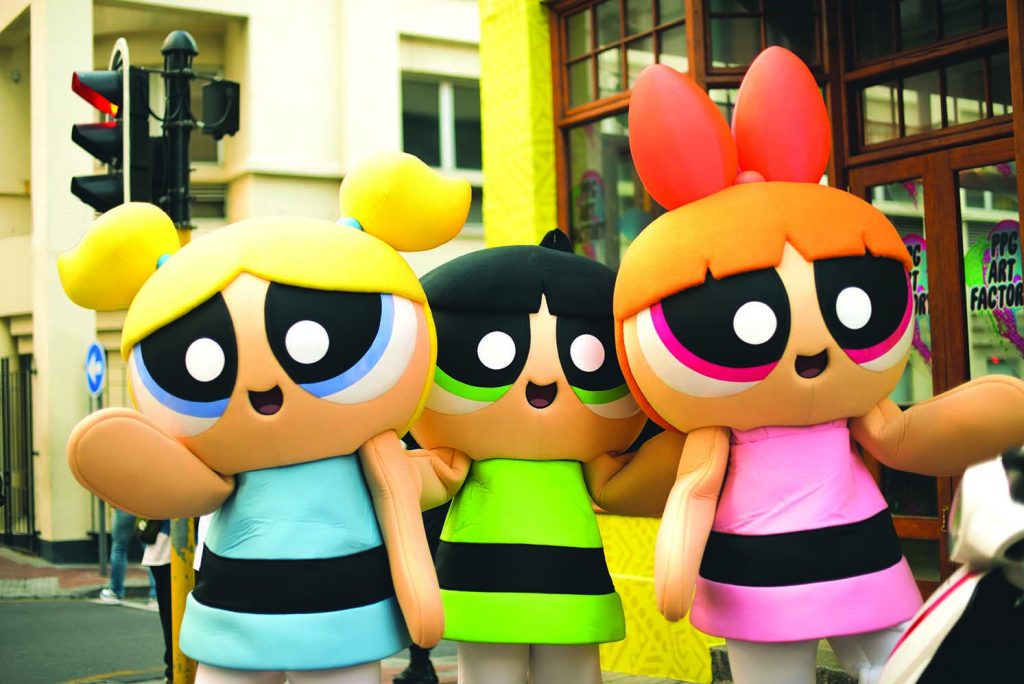 I was lucky enough to attend the launch, and I felt that old rush of delight I used to get when The Powerpuff Girls theme song would start at the beginning of an episode when I saw the massive Blossom, Bubbles, and Buttercup at the entrance of 91 Loop Street. The charismatic Toya Delazy was the musical act of the night and performed her local version of The Powerpuff Girls theme song which she produced last year for the global launch of the new cartoon series.

It was a fun evening, full of nostalgia, creativity, amusement, made all the more enjoyable by the important cause that the PPG Art Factory is involved with. You have about another two weeks to catch the exhibition; don’t miss it! 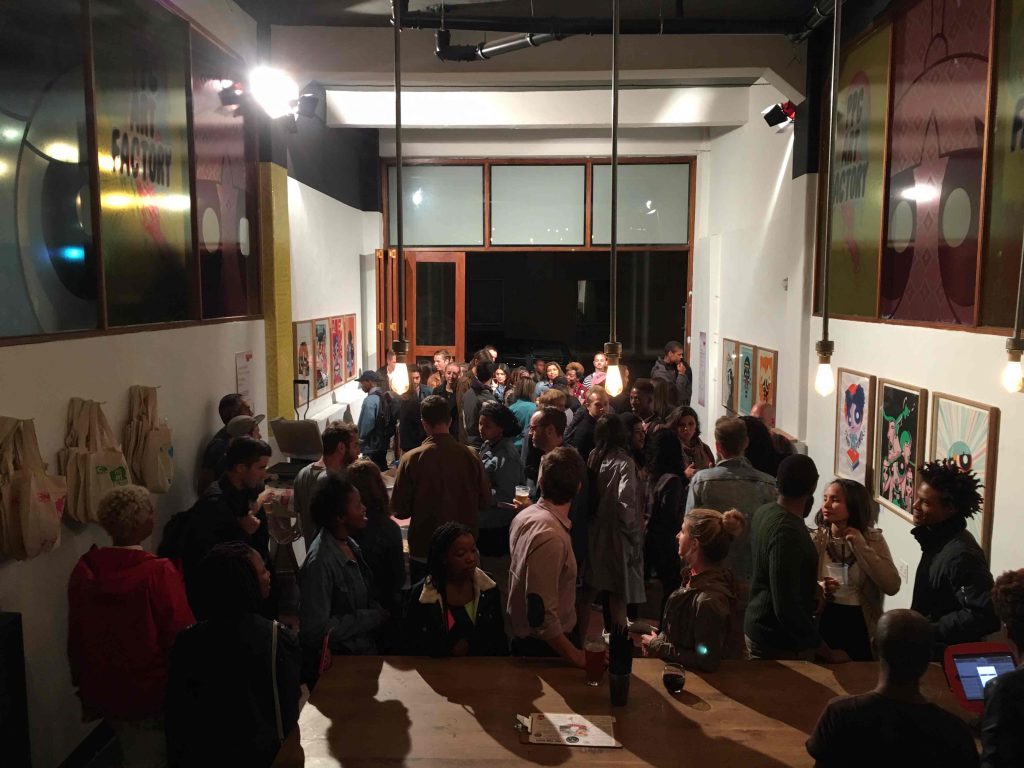