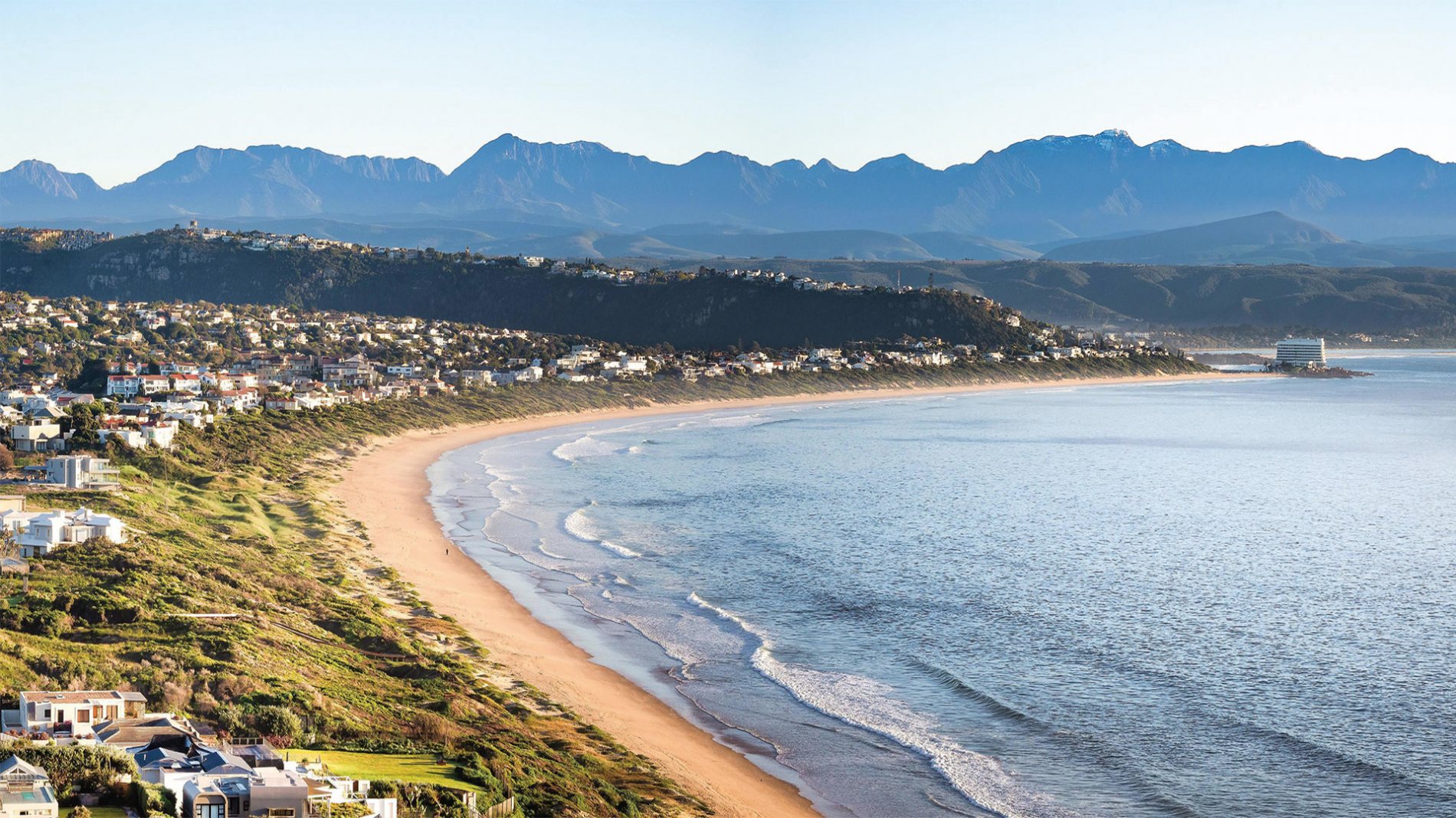 With remote working here to stay, many people opt to live in a place that makes them truly happy – like somewhere along SA’s beautiful coastline

Over the past two years, the Garden Route has become one of the country’s fastest growing property hotspots, but the coastal attraction is becoming more widespread with agents in areas like False Bay in the Western Cape and Ballito in KwaZulu-Natal also reporting a recent spike in market activity. According to Yael Geffen, CEO, Lew Geffen Sotheby’s International Realty, their February 2021 year on-year annual report shows exceptional growth for many coastal areas, both in terms of sales and turnover. “There’s been a significant drop in sales volumes in many inland towns and metros, some as large as 70%, but conversely and almost without exception, the coastal regions have fared extremely well, with the dramatic market shifts being largely due to the impact of Covid-19.”

The Garden Route is consistently the star of the show seeing a jump in sales volumes during the past 12 months ending February 2021 in Knysna (56%), Plettenberg Bay (69%) and Mossel Bay (45%). “More recent sparks of buyer interest and increased sales in other regions like Noordhoek (37%) and False Bay (86%) this past year, are a clear indication of a growing trend – and the resurgence of semigration,” she says.

According to Arnold Maritz, co principal, Southern Suburbs and False Bay, the new work from home culture has certainly been a driving factor in the growing popularity of coastal towns and villages. “Many of our recent buyers would normally live nearer to the CBD for closer proximity to work but are now able to prioritise lifestyle. We’re therefore receiving more enquiries from young professionals in areas like Noordhoek and suburbs along the False Bay coastline,” he says.

“There has also been an upswing in semigration, especially from Gauteng buyers as well as foreigners, mainly from Holland, Belgium, Germany, Austria, Switzerland and Scandinavia. Our overseas buyers consistently mention escaping an increasingly uncomfortable European lifestyle, exacerbated by Covid-related issues and restrictions.” 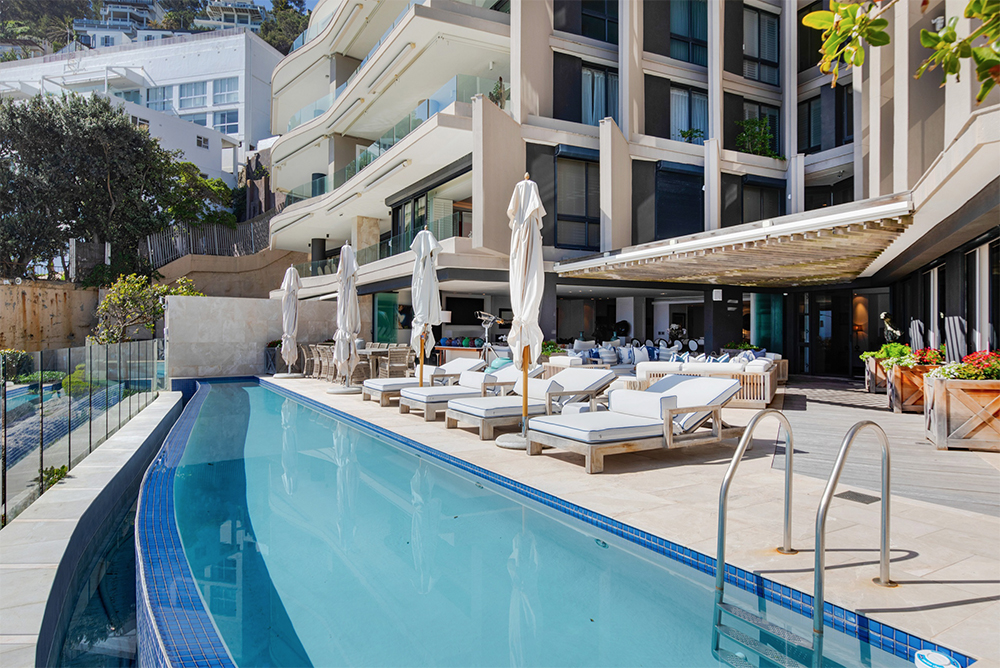 On the increasingly popular Garden Route, George is fast becoming a vibrant second tier city. According to George and Wilderness principal Tim Kirby, this has been spurred by a completely new buyer profile. “Traditionally, our out-of-town buyers were retirees wanting to scale down both their homes and city lifestyles, but since the hard lockdown ended in June last year, we’ve been inundated with queries from young professionals, many with very young families.”

There are excellent schools in the area, little violent crime, and easy access to an airport, for those who still need to visit their offices in other cities occasionally. “Many of the older buyers still prefer existing homes in estates, but we’re finding that younger buyers often like to build their own homes. So plot sales have been brisk, with the most popular house price band around R4m.”

Last year, the group’s office in the sought-after enclave of Plettenberg Bay enjoyed a record year despite the impact of the pandemic. “So far, 2021 is far outstripping 2020 and is looking like it could well be the best year we’ve ever had,” says Steve Neufeld, manager principal for the area. As seen in the other coastal areas, Plett’s market is also being fuelled by semigration, with less than a third of recent buyers being locals.

“Roughly 30% are local buyers, 30% from Gauteng, 13% from Cape Town, around 7% from Pretoria, 13% from a mix of other South African towns and cities, with international investors accounting for the remaining 7%,” says Neufeld. The town has seen substantial population growth in recent years, and as it continues to grow, it will become more and more enticing to younger couples and single professionals.

In this scenic town, there has not only been a spike in sales to semigrants, but also to international investors, says Peter Maré, co-principal, Knysna and Sedgefield. “Around 10% of our recent buyers have been foreign, with the lion’s share being German investors who are losing confidence in the European economy. They’re attracted by the idyllic lifestyle and the excellent value to be found in the region.” Other buyers hail from Gauteng (31%), other Garden Route towns (23%) and Cape Town (10%). Properties under R2m are sought after, with strong activity up to about R5m.

After a period during which high value sales were few and far between, it seems the demand for penthouse living has been reignited. Penthouse apartments at the coast are achieving sky high prices, selling for up to R45m on the Atlantic Seaboard and R50m in Umhlanga recently. Seeff chairman Samuel Seeff says this is part of the pandemic trend where buyers are looking for a better lifestyle close to home. Buyers are also once again investing in second homes, not just for holiday purposes, but also for remote working.

The most expensive penthouse on the market is the 500m2 Eventide penthouse in Clifton at an asking price of R120m, says Jo Lombard, luxury market specialist, Seeff Atlantic Seaboard. At the V&A Marina, Seeff recently clinched a deal for R45m. Ross Levin, managing director, Seeff Atlantic Seaboard and City Bowl, says the V&A Waterfront Marina has the highest volume of penthouses with 21 in total. Prices range from around R50m. Atlantic Seaboard penthouses tend to sell for about 40% to 50% more than ordinary apartments, depending on the particular property. Levin says these penthouses are regarded as excellent investments, but they have an exclusive target market.

Levin says penthouses by definition tend to be exclusive as there is a limited supply with only a handful on the market. Aside from occupying the top floor and benefitting from spectacular views, luxury penthouses tend to offer expansive floor space of 600m2-plus with direct lift access, large windows for maximised views, and an outdoor entertainment space, often with a private swimming pool. Buyers can usually also expect added services such as a concierge and gymnasium and other amenities depending on the particular property, says Levin. The Waterfront Marina, for example, offers exclusive yacht moorings, direct access to the V&A Waterfront shopping and restaurant precinct, and top-class security, among other things.

The penthouse trend has also spread to the Durban North Coast areas such as Umhlanga and Ballito. Seeff Umhlanga, for example, recently sold a luxury penthouse for R27,5m, which is significantly higher compared to what apartments sell for. The Pearls of Umhlanga penthouse also recently sold for R50m, says Anni Eisele, licensee, Seeff Umhlanga. She says Umhlanga has a limited number of penthouses and values tend to outperform those in the sectional title market, due to the demand from high end purchasers. A penthouse in one of the Oysters blocks, for example, was sold off-plan for R13m and resold about two years later at R29m. Since it has been refurbished, it would now be valued at around R35m, she adds. 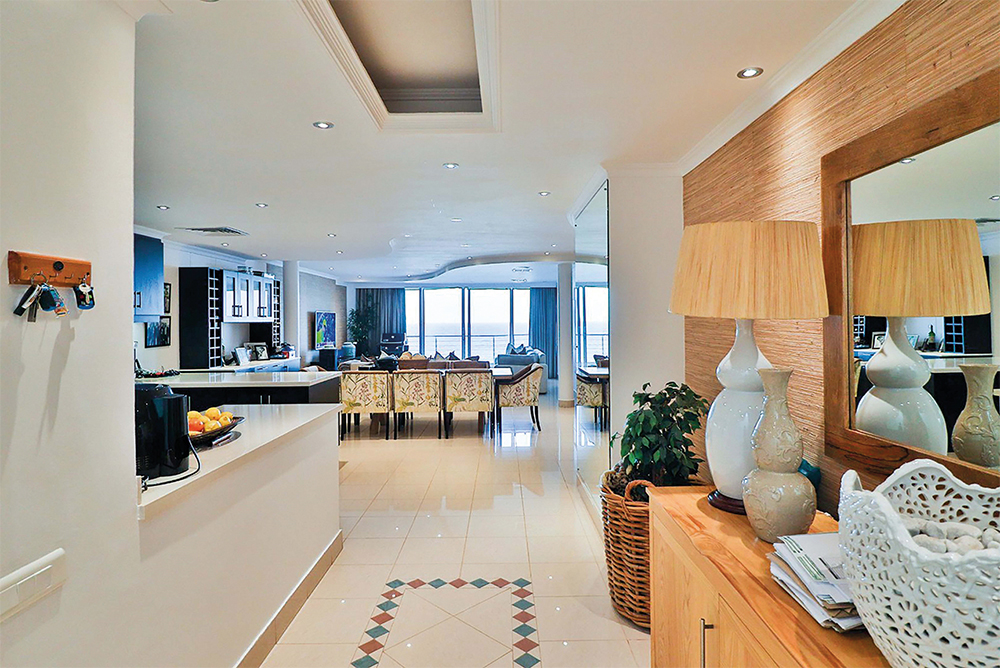