The Rise of the Doughnut 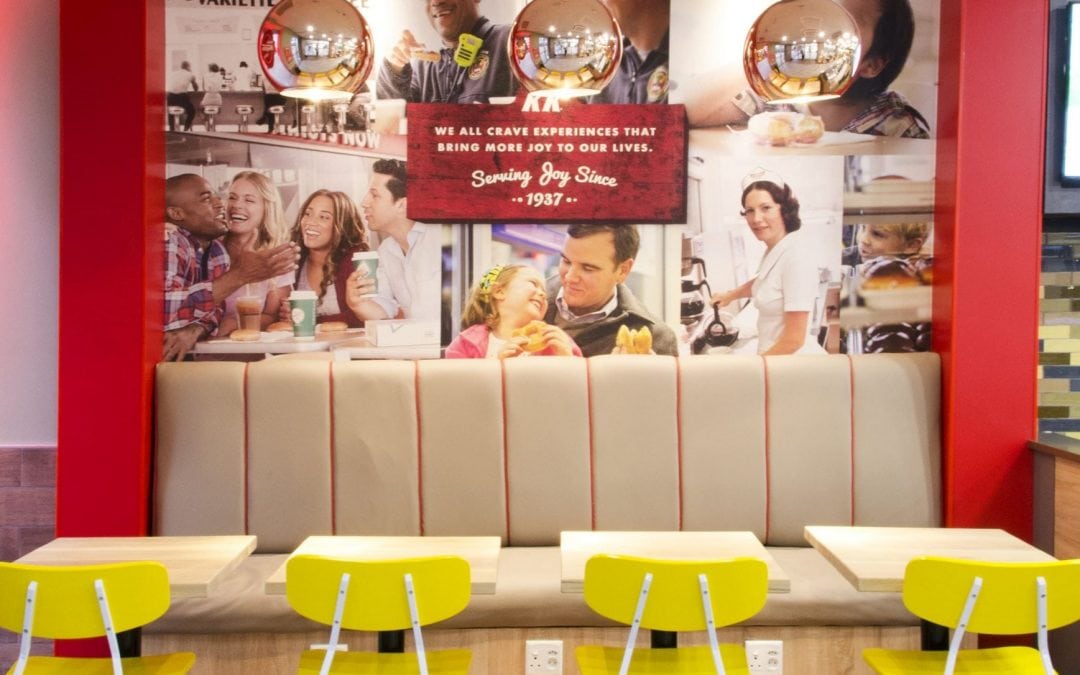 With the increasing global focus on healthy eating, something curious is happening: the doughnut as a food trend is exploding. But how can this unashamedly sugary, carb-filled treat be so popular in 2016? We chatted to Pavlo Pilakoutas, operations manager, Krispy Kreme Doughnuts South Africa, which recently opened its first store in Rosebank.

YN: How are South Africans responding to Krispy Kreme’s arrival in the country?

Pavlo: The demand has surpassed our expectations so far, but we know we’re still a novelty. The reality is that doughnuts have always been here – at places like Fruit & Veg City, Pick n Pay, Woolworths and Spar. The confectionary market is really big in South Africa, and supermarkets have such a big range of them. In comparison, we provide one thing, so we have to make sure we provide a product that’s really excellent.

YN: Given the current healthy-eating trend, why are doughnuts so popular?

Pavlo: Everybody’s a foodie these days and people are more conscious of sugar than ever. So it’s not that people don’t care what they eat, it’s that they’ll eat our doughnuts either on their “cheat day” or for a special occasion. This could be a birthday in the office, if they’re visiting someone for tea, or instead of bringing dessert if they’re going to a braai. Having said that, we’ve already had lots of requests for Banting and gluten-free doughnuts.

YN: And do you offer them?

Pavlo: No. If you’re going to cheat on your diet, cheat properly.

YN: Are your doughnuts tailored towards a specifically South African market?

Pavlo: We follow a recipe developed by Krispy Kreme in the US and we stick to it religiously – as do all other Krispy Kreme franchises around the world. If we do want to try something different that suits our market, then we first have to provide evidence of this demand before our head office will consider it.

YN: Coffee seems to be another focus of yours. Given the growing coffee culture in South Africa, how do you think you’ll compete?

Pavlo: Doughnuts is where Krispy Kreme started, but coffee is what will drive us forward and give us sustainability. Overseas it’s become a big thing where people will buy a coffee and a doughnut on their way to work. We’ve done an amazing trade so far on our locally roasted espresso-based coffees, which have outsold way beyond what we expected.

Pavlo: In the next five years we plan to roll out 35 stores, and we’ve got an estimated projection for nine stores in Gauteng this year alone.

Taste it for yourself: