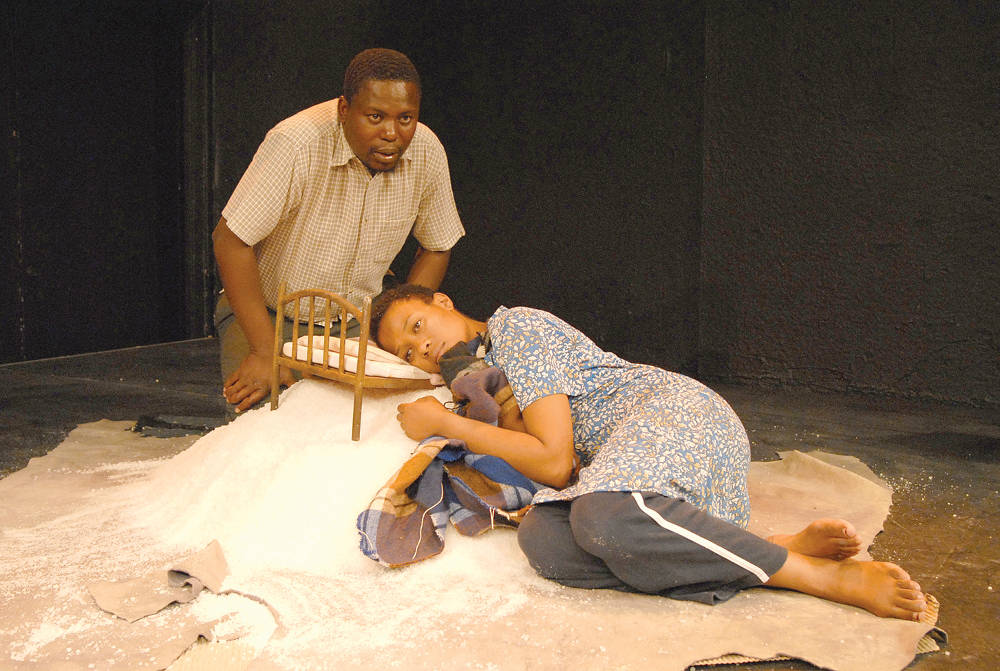 South Africa has made a name for itself as a force to be reckoned with when it comes to producing game-changing, award-winning theatre that tackles relevant issues head on. For generations, South African playwrights have penned stories that speak to touch audiences, both local and international, and one of the undeniably brightest stars in this incredible club is Lara Foot. A multi-award-winning playwright, director, and producer, she’s been the CEO and artistic director at the Baxter Theatre Centre at the University of Cape Town, and her hard-hitting plays have earned her respect and recognition both in South Africa and abroad. This month, one of her most spoken about and highly praised productions, Tshepang: The Third Testament, comes to The Fringe at Joburg Theatre for a limited run, and should not be missed.

Tshepang has won numerous awards, including the Critics Circle Award in Montreal, and the Best New South African Play and Best Actor at the Fleur du Cap Awards in South Africa. Published in both English and Zulu, it’s been performed in prisons and rural settlements throughout SA, and its arrival at The Fringe will feature the production’s original cast. The play is based on the devastating true story that rocked South Africa and shocked the world and was written by Foot in the early 2000s as a response to the desperate story of Baby Tshepang. But rather than being a factual retelling of the story itself, Foot’s purely fictional tale serves to illustrate the harsh truths about what’s happening throughout South Africa through her own special brand of theatre making. She explains, “While searching for meaning in the incomprehensible brutality of this heinous and senseless act, I wanted the play to bring insight to the audience and, perhaps, in its small way, even offer some sort of healing as well.”

Drawing on a South African style of story-telling that combines striking visual imagery with magic realism, Mncedisi Shabangu reprises his role as Simon (which won him the 2003 Fleur de Cap Best Actor Award) and Nonceba Constance Didi will once again play Ruth. Haunting, uplifting, and undeniably unforgettable, Tshepang continues to be one of the most incredible pieces of theatre to come out of South Africa.

Please note that this production carries an age restriction of PG15.